Twitter weighs in on GBV claims at Sona debate: 'Gender-based violence is not a political game' 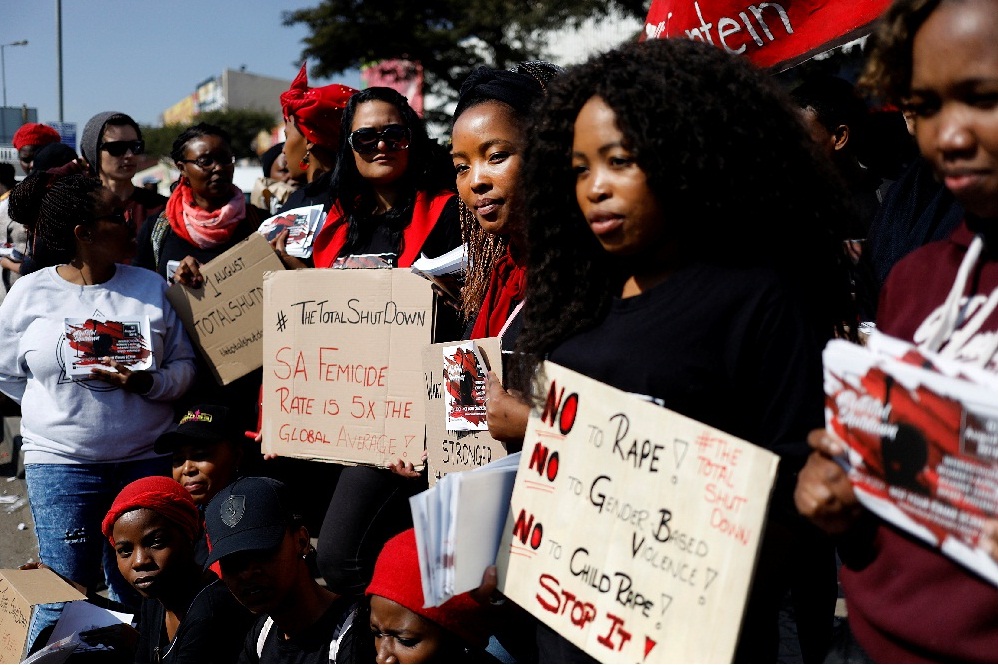 Allegations of gender-based violence (GBV) on Tuesday sparked a heated debate online after accusations were levelled against political leaders in parliament.

Ramaphosa had previously denied that he ever attacked her, TimesLIVE reported.

After attempting to continue with his speech, Malema denied the allegations, before leaving parliament with party members.

“When I spoke here during the Sona debate last year, anyone who has never beaten his wife in the past 25 years must raise his hand and I said I can do that because I have no history of such things,” said Malema.

Malema said he would sue Mamabolo for R1m because Mamabolo repeated the allegations against him outside parliament.

Here is a snapshot of some of the reactions.

Dear South African women. NONE of the Members of Parliament who "raised" violence against women (otherwise known as gender-based violence) are on your side. Not the men who raised it. Not the women who cheered. You are on your own against toxic men & lawmakers. ON YOUR OWN.

Grown men in Parliament using Gender based violence to score political points and it ends up in chuckles.
Yonakele imihlaba.

Gender based violence is a serious matter and must be treated as such. I hope Mantwa gathers the strength to address these allegations, for Boy, a supposed friend to drag her name in Parliament for political points is uncalled for.

Gender Based Violence is not a political game. It is the reality of many South Africans. What happened yesterday in Parliament made light of GBV and showed us the lack of commitment to end/reduce GBV

I am so shocked and absolutely disgusted at the use of gender-based violence as a political tool used to fight political battles today in Parliament #SONADebate. To play politics with our everyday struggles is never ok! You should all be ashamed

Allegations of the committing of gender based violence by Parliamentarians should not be ignored or deferred in Parliament sitting. Public reps must account promptly! As much as the Rules of the House are to be adhered to, issues of GBV are serious in our society.#SONAdebate

Serious allegations of gender based violence were leveled against members of parliament. Your political principal being one of the alleged perpetrator. And you decide to put out a tweet like this. https://t.co/ecfgT9NOk4

Gender Based Violence is not a joke.Using someones pain to fuel your agenda is wrong and uncalled for. Its very shameful to witness our Politicians using it to settle political scores in parliament whereas they should be coming up with progressive laws and solutions to address it

The use of gender based violence to score cheap political points is a new low for Parliament. How it is going be dealt with will determine the future of democracy in South Africa. @MYANC must do some serious soul searching of the role that factional politics played in this.