Turok died at a crucial time for the ANC, party says 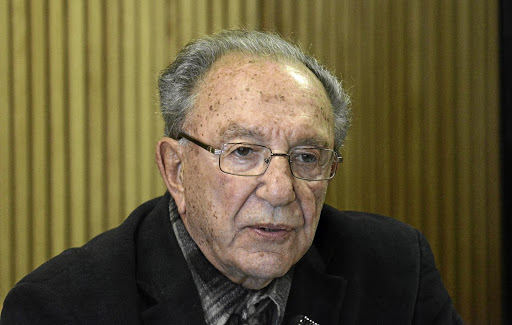 The ANC has expressed its dismay about the death of anti-apartheid activist Ben Turok on Monday.

“As the ANC, we are deeply saddened by the passing of Uncle Ben, as we fondly called him,” read a statement issued by the office of chief whip, Pemmy Majodina.

She said Turok died at a crucial time.

“Veterans of our glorious movement are leaving us at a critical time, when organisational unity and renewal needs leaders of their calibre and political wisdom in rebuilding our movement. His immense political contribution is by far beyond any measure,” Majodina said.

Turok died on Monday morning. He was 92.

Majodina said Turok had dedicated his entire life to creating a democratic country.

In a short statement, Turok's family confirmed his death.

The family also revealed that Turok did not want an official funeral.

“He asked for his death to be marked by a private ceremony, rather than anything official or formal, in view of the present predicament facing the country. His wisdom and counsel will be sorely missed,” said the family.

Turok, also a long-serving former ANC MP, recently served as director of the Institute for African Alternatives and editor of the journal New Agenda.

In the past few months he spoke out against corporate greed, irresponsible misspending in the public sector and corruption.

Turok was one of the contributors to the Freedom Charter, and he always spoke about how June 26 was a double celebration for him - his birthday and also the date on which the charter was adopted in 1955.

Turok chaired parliament's ethics committee in the fourth parliament and was respected for his role in the work the committee did in holding MPs to account. He did not return to parliament after the May 2014 general elections.

'It's going to get a lot worse before it gets better': Experts weigh in on 2020

Travelling to Asia? Four things to know about the deadly new China virus