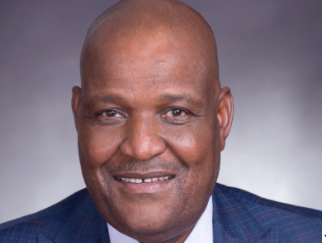 Condolences are streaming in for KwaZulu-Natal transport MEC Bheki Ntuli, who died at a Durban hospital on Saturday from Covid-19 related complications.

Ntuli, 63, was appointed to the position of MEC in September 2019. He previously served as chairperson of the transport and community safety and liaison portfolio committees for three consecutive terms.

At the time of his death, he was also a member of the ANC’s provincial executive committee  (PEC).

“MEC Ntuli has been on the front line combat, working day in and out in all government efforts to mitigate the impact of Covid-19 on citizens. He is a soldier who died with his boots on.

“He was a team player, who always led from the front, including when it came to fighting Covid—19 in the province, he led many campaigns against the virus as the chair of the justice, crime prevention cluster with the provincial command council,” said Zikalala.

The untimely passing of comrade Bheki Ntuli came as a shock to all of us. His death is a loss not only to the people he served in Kwa-Zulu Natal as MEC, but to the people of South Africa as a whole. His role and contribution to the struggle for our freedom is legendary.

Ntuli, from Mtubatuba, in the north of the province, garnered respect as a peacemaker at the height of internecine political violence between the ANC and IFP, mainly in what is now known as the Musa Dladla region in northern KwaZulu-Natal.

He also served as the chairperson of the council of the University of Zululand. He was involved in numerous community development projects, assisting community organisations and young people.

Ntuli held a primary teachers' certificate from eMadadeni College; a degree in management from UCT Graduate School of Business; a certificate in leadership from Wits University; and post—graduate diploma in research, strategic diplomacy and transitional justice from the University of Johannesburg, among other qualifications.

Zikalala said Ntuli’s death was a blow to the province, “During his tenure as MEC in this portfolio, he had begun to implement a number of programmes that were aimed at reversing the tide of gender-based violence, taxi violence, and reducing the carnage on the province’s roads. He also criss-crossed the province ensuring that people adhere to the Covid-19 protocols.”

DA leader in the province Zwakele Mncwango sent his condolences to Ntuli’s family and the ANC.

“Ntuli was a MEC who was always available to work for the community, and whatever task he was given, he did it with so much dedication and devotion, we view this as a big loss to the province of KwaZulu-Natal,” said Mncwango.

COPE national spokesperson Dennis Bloem said SA has lost an energetic, dedicated and committed servant of the people and that Ntuli’s death was not only a loss to his family and KwaZulu-Natal but to the entire country.

“Mr Bheki Ntuli dedicated his whole life to the freedom struggle from a very young age, he was in the forefront  working for peace during the turbulent years of political violence in KZN.

“The peace that the country saw in KZN was because of the selfless contribution he made. He risked his life to save the lives of others, we will never forget the priceless contribution that comrade Bheki Ntuli has made for the freedom of this country,” said Bloem.

KwaZulu-Natal's official opposition, the IFP, said Ntuli will be remembered for his humility, friendly personality and his accessibility to all his peers in the provincial legislature.

“He ensured that his department improved the provincial road infrastructure, and brought stability and effective solutions to the troubled KZN taxi industry, which has for years been plagued by bloodshed.

“Public transport also improved drastically under Ntuli's leadership. He further came up with various strategies to fight crime, Gender-based violence and femicide, and other issues affecting the province,” said Hlabisa.