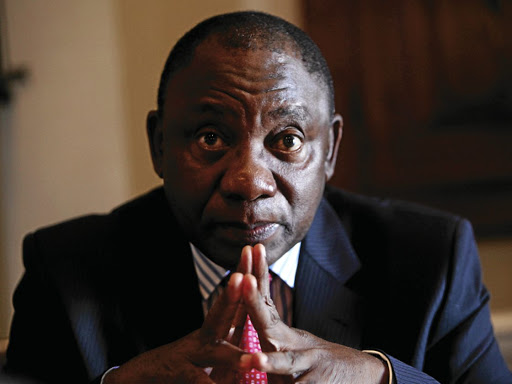 President Cyril Ramaphosa used the first sitting of his presidential economic advisory council to announce that he will soon be appointing two more councils - one on investment and another on state-owned entities.

On Wednesday, Ramaphosa met with the 18-member panel at his Tuynhuys offices in Cape Town.

In his opening remarks, the president said he hoped the economic advisory council would direct its efforts towards practical solutions to the complex and pressing challenges facing the economy.

He did not detail what the function of the investment advisory and SOE councils would be, or whether it would be different to the investment envoys he appointed.

Ramaphosa also detailed some of the focus areas and interventions that his administration has embarked on.

“Our work towards an effective visa regime for tourism and high-skill immigration is underway,” he said, citing the abolishment of the law calling for unabridged birth certificates of children travelling to South Africa, visa waivers, the simplification of visa requirements for countries such as China and India, as well as the piloting of the e-visa system.

On spectrum release, Ramaphosa said regulator Icasa had begun the process to license this spectrum.

On youth unemployment, he said he has set up a project management office in the presidency to coordinate an integrated and comprehensive youth employment strategy.

“Engagement with organised business on the Ease of Doing Business Roadmap has begun,” Ramaphosa told the advisory council.

“Invest SA has commenced work to improve key indicators, such as starting a business, registering property, dealing with construction permits, paying taxes and trading across borders,” he added.

Ramaphosa said cabinet was discussing the Integrated Resource Plan, which deals with government’s energy strategy and policy, and will be soon be released.

“This is a very important exercise because it consolidates all the work by Eskom's board and management, government departments and the various task teams advising government to turn around our electricity entity and to reform energy markets,” said Ramaphosa, adding that it will help bring Eskom to financial and operational stability.

He said the South African Investment Conference, expected to take place in November, will hear updates on the department of trade, industry and competition’s effort to develop industrial strategy masterplans, as well as a planned Infrastructure Fund.

“Much work is being done to improve confidence and regain credibility and trust by implementing those reforms that already enjoy support and have been under discussion for some time,” said Ramaphosa.