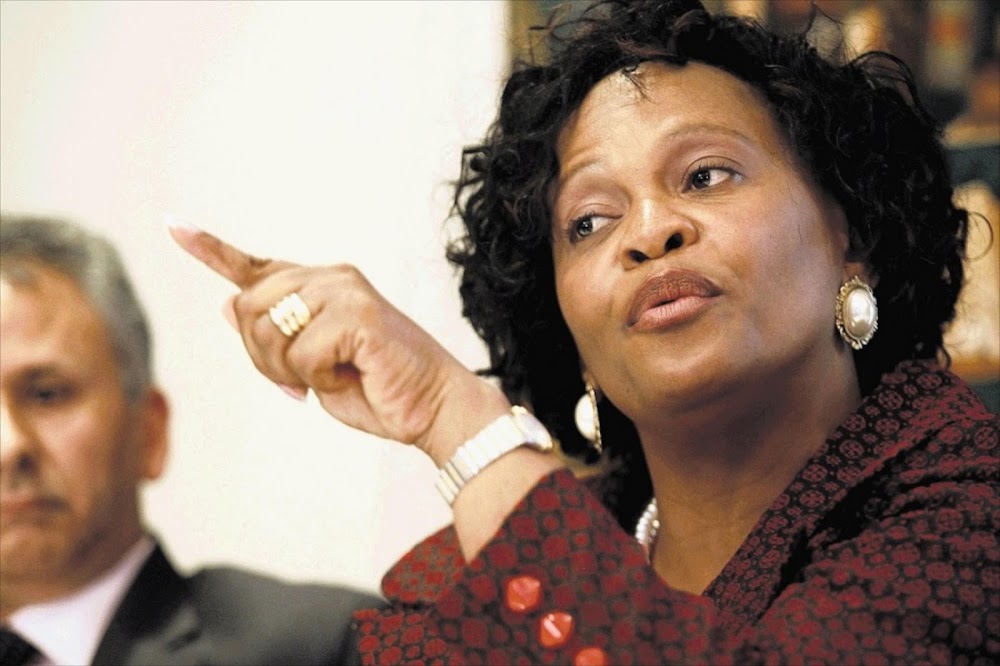 ANC president Cyril Ramaphosa has praised Nomvula Mokonyane, the party's head of organising, for the work she has been doing in rebuilding the party.

Ramaphosa was addressing ANC structures in Rustenburg as part of the party's national working committee visit to North West on Monday.

The ANC's NEC had decided that the process of party renewal and branch activity would continue, even during Covid-19, especially in provinces like the North West where it was facing “enormous challenges” and is led by interim structures.

The aim was to stabilise the organisation, starting at branch level, revealed Ramaphosa.

“I want to commend Comrade Nomvula and the comrades who are working in organising, who, truly and truly have been keeping the fire of the ANC burning through the organising department,” said Ramaphosa, urging the audience to applaud Mokonyane.

“They've been going through the length and the breadth of the country. If you want to know the ANC, these are the comrades who have been doing the work, who have been going all over and who then got the NEC [national executive committee] to adopt these guidelines we are reporting about in your regional report,” said Ramaphosa.

The guidelines will take the party forward as a few of its provinces go to provincial conferences to elect new leadership.

Ramaphosa dropped Mokonyane from the cabinet after the May 2019 elections.

She was accused by former Bosasa COO Angelo Agrizzi of receiving bribes from Bosasa. Mokonyane had denied the allegations.

She and Ramaphosa are understood to be in opposing factions of the ANC, with Mokonyane having supported Nkosazana Dlamini-Zuma's presidential candidacy at the party's national conference in 2017.

Speaking about the importance of renewing the ANC and modernising the way it functions, Ramaphosa described Mokonyane as one of the experts behind its new and “incorruptible” online membership system which was introduced earlier this year.

The ANC's new technologically based membership system was so tech-savvy, it would get rid of the manipulation of membership or gatekeeping which has dogged the party in recent years and can also speed up the delivery of membership cards, he said.

“That is part of the renewal, so that we get rid of tendencies which we have had in the past where members join other members,” he said about the system.

“So that is all part of renewal process and that is aimed at strengthening the ANC and as we strengthen the ANC, our communities become stronger, our nation becomes stronger,” said Ramaphosa. “With the past system there was a lot of gatekeeping where some people were prevented from joining,” said Ramaphosa.

“Now that is a thing of the past. If you are a gatekeeper, you no longer have a job. The membership is managed on the cloud system, it gets rid of the bad practices of the past,” he added.