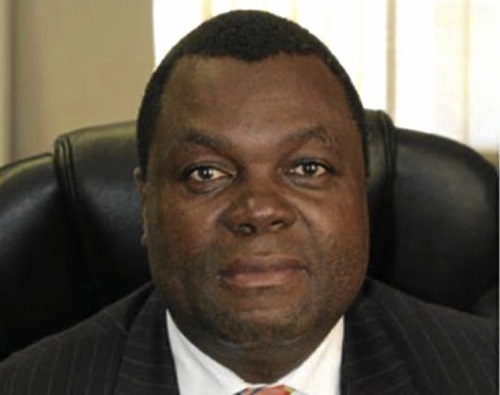 Government officials implicated in the awarding of fraudulent contracts for state funerals remain in their posts months after an investigation recommended action be taken against them.

MPs were shocked to hear from public works and infrastructure minister Patricia de Lille that the department’s most senior official, director-general Sam Vukela, who had been fielding their questions and explaining why no action had been taken was also implicated.

The department of public works and infrastructure was appearing before parliament’s public accounts committee (Scopa) to account for matters raised by the auditor-general in the 2018/19 annual report.

The three funerals cost taxpayers a whopping R76m, with the department spending, among other amounts, R7m to hire padded chairs, leather couches and scatter cushions, R2,47m for draping, R470,000 for serviettes and R695,000 for orchestra equipment for Madikizela-Mandela and Skweyiya’s funerals.

In some instances the service provider allegedly supplied items that the department had not requested.

Vukela, according to De Lille, was one of the officials who have been implicated in a forensic investigation report by PricewaterhouseCoopers (PwC) on the fraudulent contract management.

He told MPs he was not aware he was implicated.

The deputy director-general responsible for governance and risk, Imtiaz Fazel, told MPs the procurement processes for those three official funerals were fundamentally flawed and that created a platform for “major” transgressions.

He said the over-payment by the department was due to officials approving invoices without applying the necessary application to ensure they were valid and accurate.

The over-payment resulted in fruitless and irregular expenditure.

He said an investigation by PwC found this happened due to negligence on the part of individuals and management involved in overseeing the funerals in question.

He said there was concealment of further commissions in the invoices which were not detected and inflation of invoices by at least 15% beyond the invoice price. The investigation found this was due to negligence by the officials concerned.

“The investigation concluded that the officials who approved the invoices did not conduct the necessary diligence and oversight and calculations to ensure that we were charged for services actually rendered, that the department received those goods and services, and that the prices were in accordance with the tender that was awarded to the company concerned.

“The level of diligence and the level of application from a financial and an accounting point of view was lacking,” he said.

Fazel said the investigation report was approved by De Lille and that at least four individuals in the department should be charged for various transgressions.

When Scopa chairperson Mkhuleko Hlengwa asked for the names of the implicated officials, Fazel read out four names, but did not mention Vukela.

He said the department’s legal advisers and labour people had advised that the officials should not go through a disciplinary process or suspension until later this month as further charges were still to be added. He said a further investigation was being conducted by the department’s own investigative unit.

After almost an hour of discussions, De Lille dropped a bombshell, telling MPs her officials had not been completely honest and that the DG was implicated.

De Lille told MPs that the auditor-general wrote to her department in June 2019 instructing it to investigate the contracts. The department hired PwC to do the investigation and its report was finalised at the end of November.

“What they (the officials) also didn’t mention and I have to put it on record here is that, unfortunately our DG is implicated in that report. I thought they were going to mention it.

“In terms of acting against a DG ... the procedure is that, as a minister, I can't act against the director-general. I have to refer the matter to the presidency, which I have done in terms of the recommendations contained in that report,” she said.

De Lille also revealed that she was not aware of the decision to have another investigation, beyond the PwC report.

MPs across the political party spectrum were outraged.

A document from which Fazel was reading out the names of implicated officials contained Vukela’s name, but it had been crossed out.

Fazel told MPs, as a subordinate, he didn’t think it was appropriate to mention Vukela’s name in the meeting and that the minister was the best placed person to do this.

MPs suggested Vukela should not have been in the meeting, that he was conflicted and that action should have been suspended along the other officials. They want President Cyril Ramaphosa to act against him and a review for procedures for state and official funerals. They also want parliament to act regarding the “misleading” information they were given.

De Lille and her team are expected to report back in two weeks.