'Kidnapped' Joburg pupil reunited with his family at Soweto mall

Politicians must put aside differences and fight gender violence: Maimane 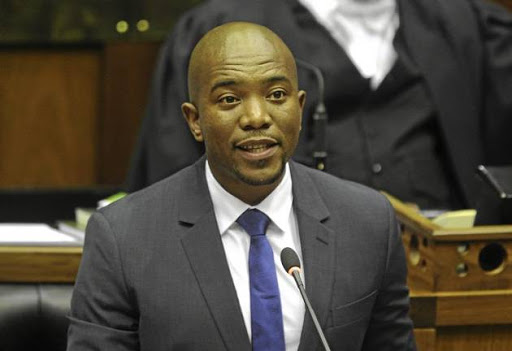 DA leader Mmusi Maimane has called on political party leaders to cast aside their differences and recognise the severity of the gender-based violence crisis consuming South Africa.

“Let us make the dignity, respect and safety of women and girls in our society our number one priority,” he said.

Maimane was responding to President Cyril Ramaphosa's address in parliament on Wednesday, in which he spoke about the government's intervention to deal with the scourge.

“As a nation, we have lost our way and our state is collapsing. Violence against women, children and foreigners has become a daily occurrence,” said Maimane, noting that 114 women every day reported being raped.

He said it was tragic was that few perpetrators were ever arrested and prosecuted, resulting in a conviction rate for rape of just 5%.

Many of the victims were brutally murdered, he added.

Maimane called on parents to set a better example to their sons. "We must raise them to respect girls and women as their equal. We must show our boys, through all our actions, what is right and what is wrong," he said.

Children should be taught about consent at school, he said, adding that Kenya had achieved dramatic results with a “No Means No” programme in their schools. "We need to introduce similar consent classes in our own life orientation curriculum," said Maimane, adding that culture, tradition or religion should not be allowed to offer a hiding place for those who commit such acts.

The DA leader proposed that parliament establishes an ad hoc committee to investigate the systemic causes of gender-based violence and to map out long-term solutions.

Maimane said the existing legislation was not up to the task as the act dealing with domestic abuse was 20 years old and out of touch.

"It is also our job to shape legislation in order to protect women from abuse," he said, calling for the Domestic Violence Act and the Protection From Harassment Act to be replaced with a single piece of legislation that is better suited to the challenge.

To this end, the DA was planning to introduce a Gender-Based Violence Bill before the end of the year.

“It will use language that includes all forms of abuse, and the substantive parts will be written in a simple, non-legal English so that ordinary South Africans can understand it. The bill will deal with applying for and enforcing protection orders from the court. It will also call for an online register of these domestic violence court orders so that this information can be accessed across different cities and towns,” said Maimane, adding that the bill will make it possible to increase the conviction rate for gender-based violence.

Taking aim at the police for often being complicit in the current state of affairs, Maimane said it was important to recognise that there is no substitute for good police work. He called for reforms in the police, for more dedicated detectives and for officers to be retrained to deal with traumatised victims in victim-friendly rooms.

"Right now only 16% of police stations meet the UN’s police-to-population ratio of 1 to 220. My own hometown of Dobsonville, Soweto, has to make do with a ratio of one police officer for every 1,090 citizens. Now compare this to our so-called VIPs in government, who have 81 police officers for every VIP. Surely that can’t be right," he said.

"We need to take that money and spend it on things like rape kits for the 76% of police station that have no such kits at all."

He also called on the justice department to deliver on its promise to provide dedicated sexual offences courts to all parts of the country.

'I swore at him, the meeting got really heated': Yunus Carrim on Koos Bekker

NSRI scrambles after reports of boat capsizing off Cape Town

F1 says Vietnam Grand Prix is on amid coronavirus concern

How Mulliner helps multiply the luxury in bespoke Bentley models

Don't loot this! Grain from derailed goods train is 'unsafe' to consume