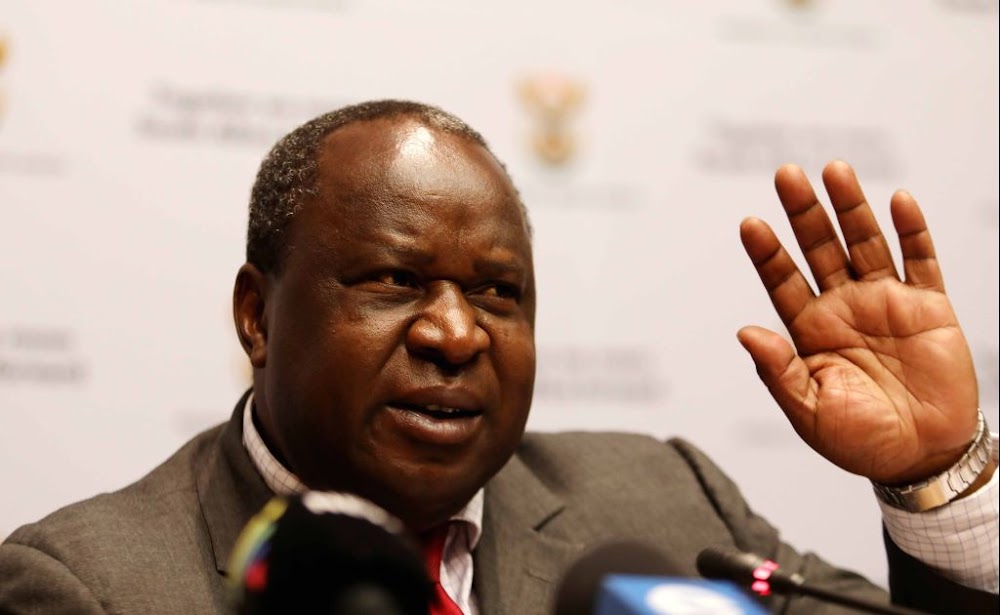 The National Union of Metalworkers of SA (Numsa) has slammed finance minister Tito Mboweni for his tweets on the future of SAA, labelling them “extremely reckless”.

Mboweni on Sunday asked his followers what the government should do with SAA and if the country needed a national airline.

“Do we need a national airline? Maybe that’s the question? Or, is the airline industry market going to solve the question!? In economics, they say that the 'market will clear' the problem! Will it?

“Economic agents: investors, businesses, consumers, buyers and sellers of goods, farmers, the market, etc, need policy certainty. Fundamentally, I invest because I will harvest in X years in the forward market. Confidence. In other words, where there is a market gap, a vacuum in a market, an airline will emerge to fill the gap! Will it!? Airlink? Or a restructured SAA?” he tweeted.

Mboweni's tweets come just weeks after he allocated R10.5bn for SAA during his medium-term budget policy statement (MTBPS) in parliament.

Speaking on Jacaranda FM on Monday, Numsa spokesperson Phakamile Hlubi-Majola said Mboweni's tweets were insensitive, given his responsibility as a minister.

“We are truly shocked to see the minister of finance tweeting in the way that he is tweeting about SAA. We believe that it is extremely reckless. We believe that he has the audacity to indulge himself on social media networks when he knows he has the responsibility as a minister.”

She claimed Mboweni was responsible for the state SAA finds itself in.

“While he can complain about the amount and the wastage that went to SAA, he must know as the finance minister [he] is actually responsible for the state SAA finds itself in.”

Responding on Twitter, the union also told Mboweni that he had no right asking questions about SAA's future.

“Your job as finance minister and shareholder is to ensure the viability of the airline as its existence is protected by the SAA Act. As you recklessly tweet this, workers at SAA have still not been paid their salaries for eight months and counting,” said the union.

“Your ministry failed to act to implement a turnaround strategy for the airline. It failed to take steps to stem the corruption exposed in the procurement department of SAA AND SA Express. You have the audacity to tweet and question the future of SAA while workers are starving. Shame on you.”

The minister has stood firm, saying people who are afraid of engaging in public debate must stay away from politics.

People who are afraid of public debate must stay away from politics. Why should a question on SAA get so many people hot under the collar? Come on. Grow up!! This is not a Stalinist society. People must be free to express their democratic views. Me too!

On the day that you accept that you have no opinion of your own, that will be the day on which you have lost your soul. Of no intellectual or political importance. Finished!!

Many echoed Numsa's statement, saying that Mboweni was responsible for SAA and should not be asking the public.

Here is a snapshot of what some people had to say:

Your job is not to explain economics 101 to us. Your job is to engineer macroeconomic policy so that the variables you quote in your tweet must work well to achieve economic growth. https://t.co/pTMYRfiPBC

Managing finances of a country is for grown men.
All of South Africa thought you had it in you.
We believed in you & stood up for you.
Your stubborn path of saving SAA at the expense of the needy, education & police service is biting you in the behind.
Wake up @tito_mboweni https://t.co/8JEMUmjiDR