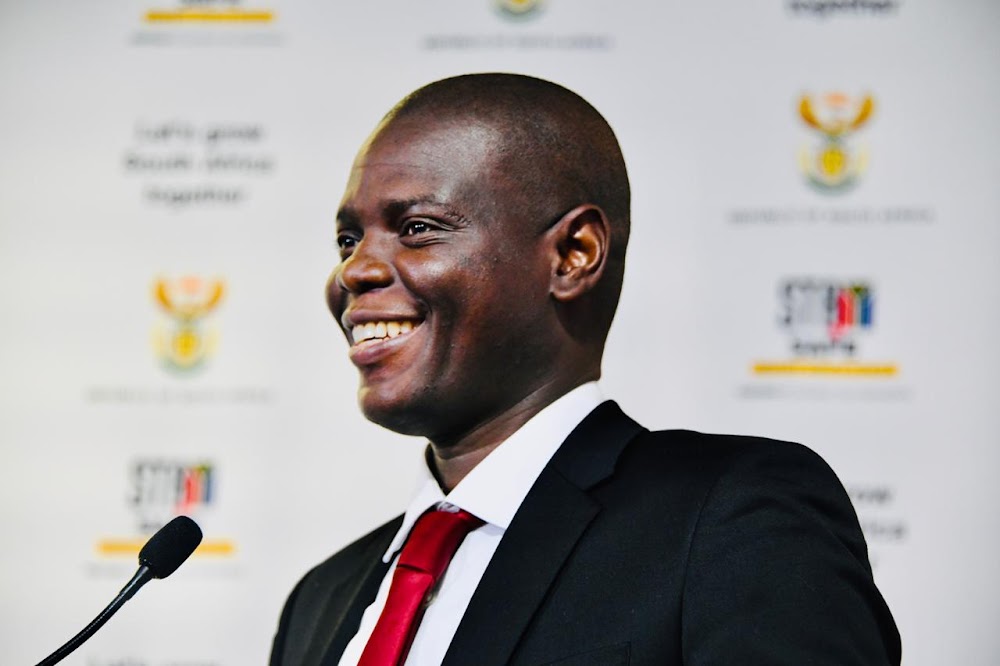 Lamola, who is the convener of that task team, was delivering a post-cabinet statement on Thursday evening.

He defended the establishment of the committee, set up by President Cyril Ramaphosa to delve into Covid-19 procurement across all government departments.

The team — which includes ministers Senzo Mchunu, Nkosazana Dlamini-Zuma, Bheki Cele, Jackson Mthembu, Tito Mboweni and Lamola — will be consolidating a list of all tender beneficiaries, which Ramaphosa has committed to making public.

“We are not replacing the work of the fusion centre. We are there to call upon our DGs, to call upon various role players within the state, that dealt with procurement, to publish the list. If there is anything [untoward], we will allow for that to be handled by law enforcement agencies,” said Lamola.

“We are not replacing the constitutionally-mandated law enforcement structures. They must continue to do their jobs. We are just going to help with further information to say, '[In] this department, these are the companies [that won tenders].'

“That is the job [of the task team] — and if there is any suspicion, there will be an investigation.”

The minister added that, in due course, the “fusion centre” would be housed under a new piece of legislation. It will consist of:

Lamola was responding to a question on whether this centre was the founding phase of the “multidisciplinary agency” the ANC has tasked its deployees in government to consider establishing.

“There is a fusion centre, which is already existing ... to deal with Covid-19 related corruption or anything that might have happened. That fusion centre should be allowed to grow organically,” he said.

He said the government was now looking at legislation that would give the centre a “home”, from which it could “act independently without any interference from anyone, as demanded by the constitution”.

“So that is the discussion that is still ongoing. When it is ready, we will be ready to tell the public — but for now we want that centre to grow organically and to get to a level where we need to house it within legislation.”

According to communication Ramaphosa sent to ministers, he has given them until the end of the week to get the list of contracts from their departments and submit it to the interministerial committee.

“Cabinet welcomes the announcement that at least 36 corruption-related cases are at various stages of investigation and prosecution. These cases send a strong message that government will not tolerate any acts of corruption, particularly among its officials, and that all perpetrators will be arrested and prosecuted,” the letter reads.

Asked about the status of the lifestyle audits for members of the executive, as repeatedly announced by Ramaphosa. Lamola said it was up to the department of public service & administration to handle that matter.

Wednesday's cabinet sitting also approved a number of bills, including the Fundraising Amendment Bill, and Cannabis for Private Purposes Bill.

Patricia Kopane staying put in DA, despite stepping down from position