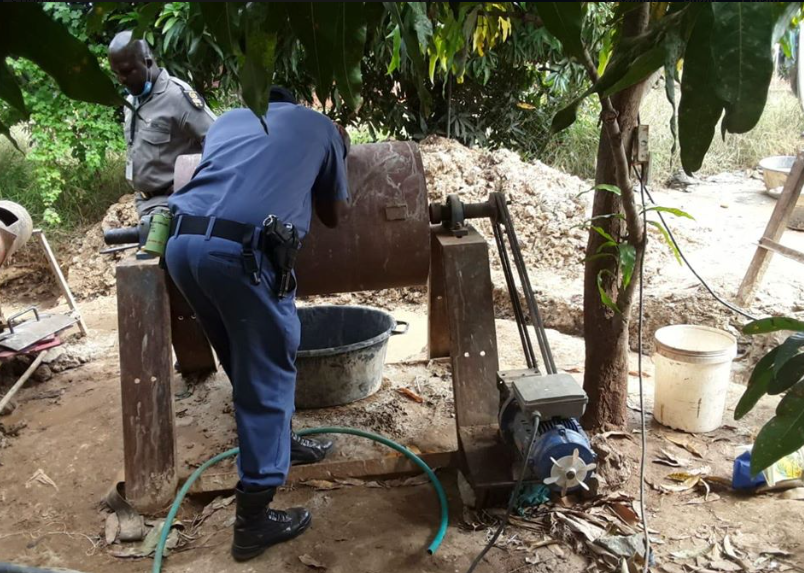 This is according to Mashego Mashego, executive director of Harmony Gold, who was presenting to the mineral resources and energy portfolio committee in parliament on Tuesday.

Addressing MPs, Mashego explained how the use of undocumented foreigners led to their influx into communities about mines and how they were contributing to crime.

“We do have people who come into those communities illegally ... and put pressure on people in terms of resources that are available. This results in human trafficking, child labour and forced labour.

“There is an establishment of criminal syndicates which results in other crimes relating to employment, such as job-selling, and depriving the locals of employment,” said Mashego.

He said illegal mining went hand in hand with other criminal activities, including prostitution, theft, murder and robberies.

“It costs the state and mining houses about R11bn in taxes and R7bn in revenue losses, money which could have benefited the local communities,” he said.

He said that to curb illegal mining, his company was forced to spend additional money on security. According to his report to the committee, this was close to R2bn since 2012.

He explained how, even though the hard manual labour in the illegal mining sector was done by undocumented foreigners, it was South African kingpins who benefited the most. They go to neighbouring countries such as Zimbabwe and promise people legitimate work in mining to lure them.

Mashego said there were licensed gold dealers who were fuelling the industry by buying from illegal miners.

“They can't sell illegally mined gold unless they are in cohorts with the licensed dealers,” he said.

He said that more help was needed from the state to curb the practice, because those who were the most influential in the business were international players.

He said illegal mining could not be looked at simply as a result of lack of jobs in SA because it was not a trade an ordinary person could do.