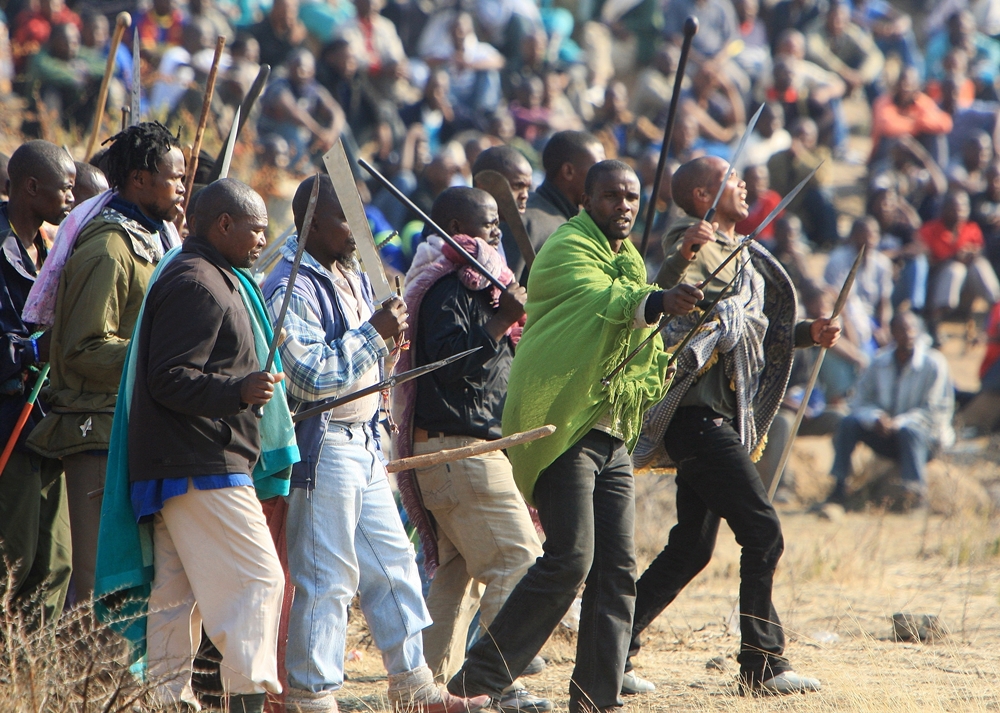 August 16 marks the day 34 mine workers were shot dead by police at Marikana during protracted protests for better wages.

The massacre took place on August 16 2012 at the Lonmin platinum mine, where the mine workers were demanding a minimum salary of R12,000 a month.

When negotiations between workers and management reached a standstill, the workers engaged in strike action and the aftermath left a massive mark on the country, drawing comparisons to the 1960 Sharpeville massacre.

Speaking on the incident on SABC News, Mogoeng said it served as an example of poor South African leadership.

“Marikana is a typical example of how we handle South African problems. Many tragic situations that affect the lives of people are unattended to because we choose not to attend to them.

“We choose to be too careful not to offend. We choose to mind our own business, even if it means others are to suffer as a result,” he said.

Mogoeng raised questions about how the massacre and its aftermath were handled.

“Have we made it our business to make sure that everybody who was directly or indirectly involved in that tragic event was held accountable properly, or have we deployed our wisdom to manage the truth in such a way as to shift blame to those who have very little to protect themselves with?” he asked.

Thousands of South Africans took to social media to honour those who lost their lives in the massacre.

Here's a snapshot of what people are saying seven years on.

We must never forget about the violent massacre of 34 black Mineworkers by the government of the ANC which took place on the 16 August 2012. Ours is to remember against forgetting. #MarikanaMassacre 💔😭😢😤😫🙏🏿 pic.twitter.com/4uqZLTyjOe

We remember and pay our respects to the fallen 34 mine workers killed on this day, 16 August 2012, at #Lonmin in #Marikana. The irony of our democracy is that not a single person was arrested for that massacre, a national tragedy of unimaginable proportion #MarikanaMassacre pic.twitter.com/3qc2q8pzTr

7 years later & there has still been no justice, no accountability for the brutal killing of miners who lost their lives in #Marikana. The #MarikanaMassacre will remain a scar on our conscious. What freedom, when this happened? pic.twitter.com/9G2IQX32zV

We will never forget this fearless warrior of #Marikana #MarikanaMassacre pic.twitter.com/lbTPmFGxaY

7 years later, still no justice for the Marikana families.

7 years later, those responsible for the massacre, have been elected to higher positions.

A life of a black person has no value in RSA. 💔 #MarikanaMassacre pic.twitter.com/U49pNAtvMB

7 years on and the community still begs for justice😭💔#MarikanaMassacre pic.twitter.com/kwX6bI17lx

As we remember #MarikanaMassacre May the families be comforted and hope each year they gain strength to survive and get to be able to celebrate good memories of their loved ones.Daily we realise South African politics is politics of the tummy for the few not the poor. #Marikana

'He has no regrets for apartheid': Julius Malema defends EFF sentiments on De Klerk

Time for new approach to dealing with SA's problems - Ramaphosa

WATCH: Siya Kolisi after Laureus Award: Now a township kid can be a World Cup-winning captain

'Don't ignore De Klerk - too many think like he does'