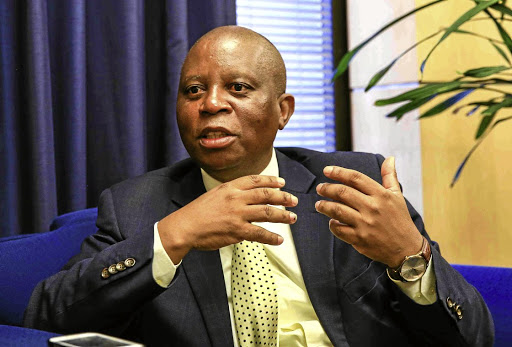 The People's Dialogue founder Herman Mashaba is consulting his lawyers after a draft report by the public protector on a probe into allegations against him during his tenure as mayor of Johannesburg was allegedly leaked.

The investigation followed complaints by the ANC and SACP regarding the alleged irregular appointments of the head of the City of Johannesburg's anti-corruption unit, Gen Shadrack Sibiya, and Johannesburg Metro Police Department chief David Tembe

Mashaba said on Saturday a few weeks ago he had received a section 7(9) notice from  Public Protector Busisiwe Mkhwebane as well as a draft investigative report "which articulated draft findings against me during my time as mayor of Johannesburg".

In terms of the Public Protector Act, he said, he must be given a chance to respond to the draft report before it is finalised, which he had not yet done.

He said the leaking of the draft report was a criminal offence in terms of section 11 of the Public Protector Act, and was "clearly a malicious and deliberate effort to distract from the launch of The Accidental Mayor – a tell-all, behind the scenes account of my mayoralty in the City of Johannesburg".

"I have already commenced consultation with my legal team, and I am prepared to take this matter to court, in the event that my response to the section 7(9) notice is not given due consideration," Mashaba added.

"The leaking of the draft report is highly prejudicial to myself and in the event the findings remain the same after the final report is released, I will approach the high court in order to have the final report reviewed and set aside."

He said he wished to place it on record that he disagreed with the findings in the draft report and was of the "opinion there are material errors of both law and fact".

"It is important to note that in December 2019, the public protector, in a press conference, stated that the allegations against the me, as former Johannesburg mayor, were unsubstantiated. The section 7(9) notice has accordingly taken me by surprise," he added.