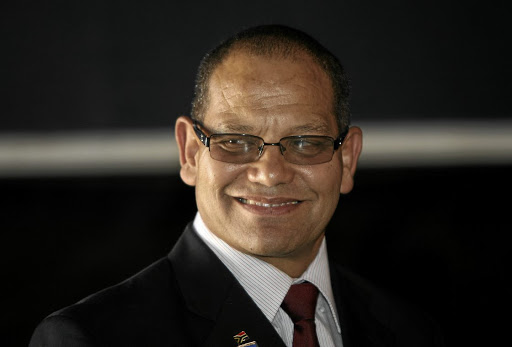 DA leader hopeful John Moodey said he will be propose that a declaratory order be obtained from the high court on the legality of a virtual congress, a move he believes will not be free and fair.

Moodey, who is leader of the party in Gauteng,  has weighed in on the federal executive’s decision to forge ahead with a virtual congress later this year. In a letter to public representatives of the party, Moodey said the party is not ready for such a move, nor is there a constitutional provision for it.

“The DA, at the time of the drafting of our constitution and subsequent to that, never envisaged the situation in which we find ourselves. There is no provision in the constitution for the hosting of a virtual elective congress.

"In fact, previous rulings of the party’s federal executive have prohibited the use of proxy voting. Furthermore, there is no provision made for the casting of ballots on or via any electronic platform,” Moodey said.

Moodey has thrown his hat in the ring for the top job in the party, after the resignation of Mmusi Maimane last year, alongside KwaZlu-Natal MPL Mbali Ntuli and interim leader John Steenhuisen.

Ntuli also indicated this week that she was opposed to a virtual congress on the grounds that it could exclude some delegates.

Steenhuisen has thrown his weight behind the decision, saying the party needed to go into next year’s local government elections with a new leader who had a fresh mandate.

Moodey has also argued in his letter that Steenhuisen has an advantage as the incumbent.

“It is apparent that due to the lockdown and the suspension of campaigns by all candidates for leader of the party, a cornerstone of participatory democracy has been lacking and will continue to be so heading towards an anticipated October 2020 virtual conference. The ability to canvass and personally connect with delegates has been denied.

"Due to the centralisation of messaging, it has been and will remain impossible to conduct any sort of meaningful campaign by such candidates. The incumbent accordingly has a huge advantage. The outcome of an election process on this basis will lack credibility and buy-in from our members and supporters.”

Steenhuisen told Sunday Times last week that it was not true that he had an unfair advantage, and said that incumbency could in fact be a disadvantage.

Moodey argued that there is no leadership vacuum at a national level, meaning there was no “urgency” or any other reason why congress could not be delayed until after next year’s elections.

“Considering my core values of transparency, my belief in the founding principles of our party and the SA constitution and that of the DA, l will be placing a proposal before the party’s federal council at its meeting in July 2020, that any virtual conference that be held must be subject to a declaratory order being obtained from the high court as to the legality of a virtual elective conference, and to request direction, clarity and certainty.

"This process will be subject to any member within a determined timeline providing input and proposals as to their ideas and concerns to a committee appointed for such purpose, which body will ensure all proposals will be incorporated in the application submitted to the high court.”

The chairperson of the federal council, Helen Zille, wrote to members of the party this week insisting the process would be free and fair for everyone.

She defended the decision, which must be ratified by a sitting of federal council next month, saying  it would be “untenable,” for the party to go into an election with interim leadership who will have been at the helm for two years by the time South Africans go to the polls.