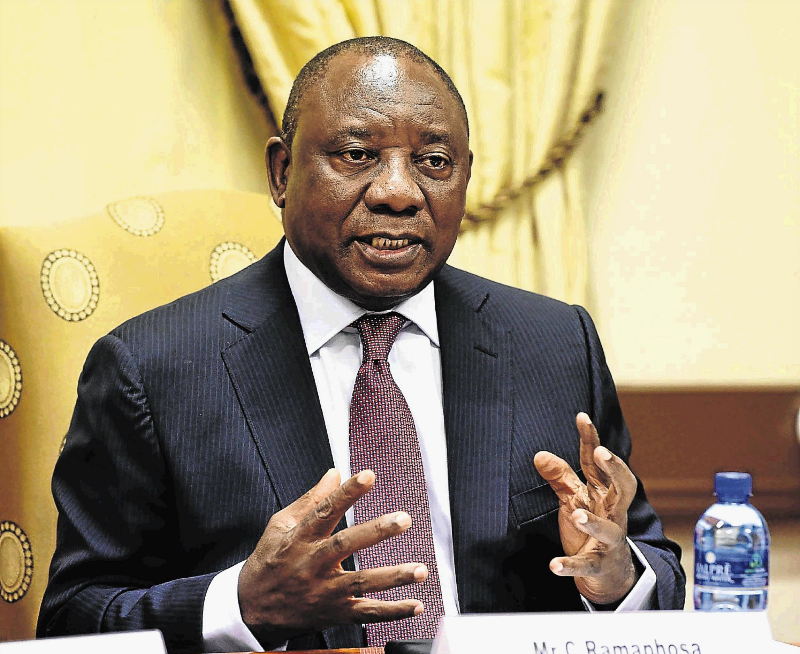 President Cyril Ramaphosa is to place bulk infrastructure development across the continent at the centre of his year-long reign as chairperson of the African Union.

Ramaphosa is due to assume the position of AU chairperson at the continental body's heads of state summit taking place this weekend in the Ethiopian capital of Addis Ababa.

Ambassador Mxolisi Nkosi, the deputy director-general for multilateral relations in the international relations department, said Ramaphosa had planned to ensure that rapid development of infrastructure was fast-tracked in a bid to stimulate economic growth across the continent.

Nkosi also indicated that the economic empowerment of African women entrepreneurs would also be on Ramaphosa's to-do list during his chairmanship of the AU.

SA, according to Nkosi, has also been asked by the AU to focus on Africa's rolling rail stock because of its background in building such facilities through state utilities Transnet and the Passenger Rail Agency.

Nkosi added that the development of the Beit Bridge corridor would be a main area of focus in the next two years, as it was an important link between SA and its neighbouring traders such as Zimbabwe, the Democratic Republic of the Congo, Malawi and the rest of the continent.

Nkosi said this was aimed at transitioning the African economy from consumption to manufacturing.

“It's a very opportune moment to create this possibility for African countries to trade among themselves,” said Nkosi.

“It's a realisation of the vision that was developed  by the founding fathers (of the AU) which was elaborated in the 80s and 90s with the Abuja treaty and the Lagos plan of action.”

Nkosi also revealed that Ramaphosa would also be announcing his plans to champion the empowerment of African female business people.

“The majority of small enterprises on the continent are owned and run by women but they often struggle with resources. The president will outline in detail during his acceptance speech his plans on the issue of women empowerment.”

Nkosi said Ramaphosa was determined to make 2020 the year of the “African economic renaissance”, emphasising he was being appointed as AU chairperson when the body was preparing for the implementation of the African Continental Free Trade Area, which has been in the making for several years.

The AU heads of state summit, which is due to end on Monday, would also decide on the appointment of the head of the secretariat of the African Continental Free Trade Area.

Candidates from SA, Nigeria and the DRC have applied for the position and the matter will settled either by consensus of by vote during the summit.

An earlier version of this story said Ramaphosa's term was for two years. It is actually a one-year term. The error is regretted.

IN QUOTES | Ace Magashule on NEC meeting: 'We say no to evictions'

Government's decision to reopen schools with businesses, not a coincidence: Mmusi Maimane's lawyers

Do you have what it takes to compete alongside the best athletes in the business?

These are the six most popular filling station brands in Johannesburg