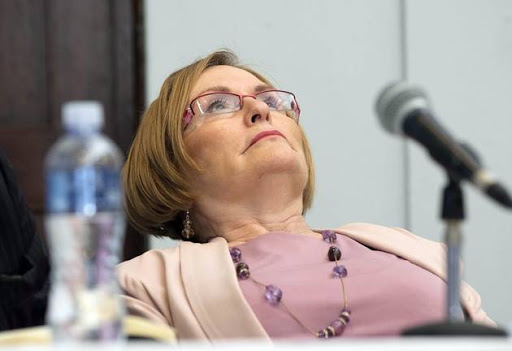 DA federal council chairperson Helen Zille has come under fire for comparing lockdown consequences to the Xhosa cattle-killing movement which took place in 1856 in the Eastern Cape.

In her criticism of Nkosana Dlamini-Zuma, Zille said the consequences of the lockdown, should it not be lifted soon, would be worse than the tragedy of Nongqawuse and the great cattle killing.

She also accused Dlamini-Zuma of using the lockdown regulations for what she said was “control and authority”, exercising power “for power's sake”.

Zille said some of the lockdown measures were irrational and that “unaccountable ministers” were governing many aspects of citizens' lives with the 40 new regulations.

“When we can leave our homes and for what purpose, whether we can visit family members, what we may buy and wear — without recourse,” she said. “There is no rational connection between many of the measures taken and the importance of curbing infections. It is power being exercised for power's sake, and the state of disaster can be renewed repeatedly while our economy disintegrates.”

According to SA history, the significance of the movement lies beyond just its periodical occurrence.

The mass cattle-killing happened while the Xhosa people were at war with well-equipped British settlers.

The movement was started when a Xhosa prophetess, Nongqawuse, claimed that if people killed all their cattle, abandoned witchcraft, incest and adultery, and destroyed their corn, their ancestors would rise from the dead to drive out the settlers.

In the aftermath of the killing of more than 300,000 cattle, the population of the area dropped from 105,000 to fewer than 27,000 in the resulting famine, according to Wikipedia.

Zille's comments sparked outrage, with many saying her comparison was unacceptable.

“It's completely unacceptable for a white person to use historical injustices visited upon Africans by white people to argue her point, especially against a black person,” wrote one Facebook user.

“This woman continues to verbally abuse our black history ... we are dealing with an uncontrollable deadly disease, not oppression or violation of rights. Remember this, people who don't offer solutions to the current situation, and are pushing for the normal way of life in this pandemic are killers. We will drop like flies if we continue entertaining such views.”

Another user said: “Nkosazana Dlamini-Zuma and the collective deserve condemnation, but to use the painful example of what happened when the British were trying to kill any black who did not conform to their Christian beliefs is pathetic.”

Racism & Corruption are twin evils. Helen Zille is racist. Nongqawuse & Covid19 are not comparable. She did this to portray black Africans as people with subhuman intelligence. No racist or corrupt person can silence me. I’ll always challenge White supremacy.

'The current was hectic': Homes flooded in the Vaal, emergency services rescue those trapped