'Kidnapped' Joburg pupil reunited with his family at Soweto mall 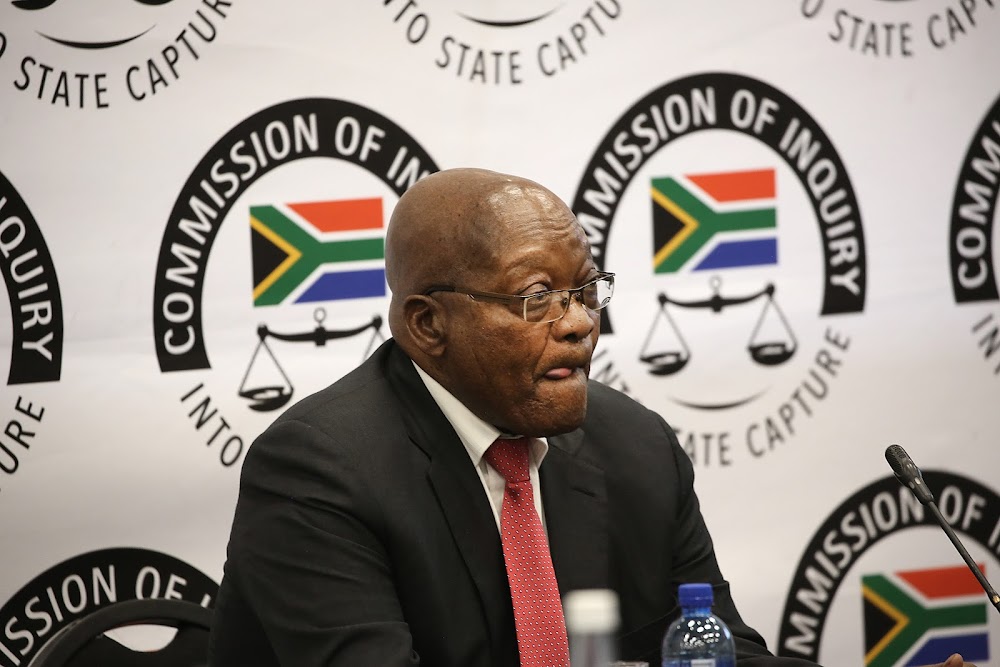 Deputy chief justice Raymond Zondo and his team of evidence leaders listened to scores of testimonies from politicians, government officials and employees in an attempt to get to the bottom of state capture and those responsible for corruption.

Here are allegations levelled against them:

Former SABC executive Hlaudi Motsoeneng denied that he fired some of the public broadcaster's employees who defied his policies and leadership style.

He also denied that he issued a ban on the coverage and broadcasting of violent protests, a decision which was perceived as his efforts to protect the image of the ruling party. Motsoeneng, who was the COO of the public broadcaster at the time, was also accused of interfering with newsroom and editorial matters.

Though the SABC was ordered to overturn the ban by the Independent Communications Authority of SA (Icasa) and Motsoeneng to cease interfering in editorial matters, Motsoeneng, who was subsequently dismissed by the broadcaster, denied any wrongdoing and told the Zondo commission that he was merely being “responsible".

Former NPA boss Mxolisi Nxasana implicated former president Zuma in his testimony about his  appointment as the national director of public prosecutions.

Nxasana told the commission that Zuma defied all procedure by sending his legal representative Michael Hulley to meet Nxasana privately in Durban, where Hulley allegedly asked Nxasana,  on behalf of the former president, to head the NPA.

Nxasana told the commission that he was working at a private practice in the city at the time.

“I received a call from Michael Hulley, who was former president Zuma's legal adviser, who wanted to see me. I obliged and he then came over to see me in my office in Durban. He told me he was looking for a candidate to fill the position of NDPP, as he was mandated by Zuma.”

Meat packs, booze, cash and luxury cars. These are some of the items allegedly received by the once-powerful Nomvula Mokonyane during her tenure as a minister in Zuma's cabinet. Mokonyane allegedly received these bribes in exchange for Bosasa, now African Global Operations, receiving government tenders.

These allegations were levelled against her by the company's former executive, Angelo Agrizzi.

The former minister also allegedly received monthly payments of R50,000 to prevent any investigations into wrongdoing and corruption by Zuma and Agrizzi.

Siyabonga Cwele - 'he protected the Guptas'

Shaik alleged that he and other officials from the State Security Agency (SSA) were summoned by Cwele to his Cape Town office, where they were instructed to drop investigation into the Guptas' suspected involvement in state capture at the time.

He said they had suspicions about the amount of control the Guptas had, but could not confirm them until Fikile Mbalula said he'd been informed of his appointment as sports minister by the Gupta brothers a year before the official appointment.

This allegedly happened during Gigaba's tenure as public enterprises minister, said Mzimela, who  acknowledged that the route was making a loss, though it was not the worst-performing of the airline's routes.

Various members of the board raised concerns, she said, but they fell on deaf ears with Gigaba at the helm.

“While it was true that Mumbai, from a point-to-point perspective, was making a loss, they were concerned that it was not the worst-performing route in the network. They couldn’t understand why there was a recommendation to close off the route, given that it was not the highest loss-making route,” she told the commission.

Mzimela said Gigaba was silent at a 2011 meeting in which an adviser berated the airline for continuing to operate the Joburg-Mumbai route.  SAA entered into a code-sharing agreement for the same route in 2013. In 2015‚ SAA sent shock waves when it announced it would be letting go of the Johannesburg-Mumbai route.

'I swore at him, the meeting got really heated': Yunus Carrim on Koos Bekker

BTS Performs "ON" at Grand Central Terminal for The Tonight Show