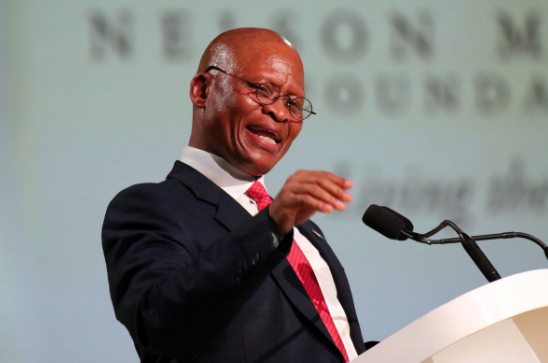 Chief justice Mogoeng Mogoeng has argued that judges should not be forced to pretend they don't hold strong views on religions to which they subscribe.

This was expressed in a formal response to a complaint by Africa 4 Palestine regarding his views on the Palestine-Israel conflict.

“Openness or transparency and accountability are not only some of the values on which our constitutional democracy rests, but are also an absolutely necessary antidote for poor governance and corruption.

He argued that when strong views held by judges were known, that would enable the public to assess judgments against those publicly stated views.

He said suppression of views probably explained the reason there was so much corruption within the judiciary in some countries.

Mogoeng was embroiled in controversy when he was slated by pro-Palestine campaigners, including the ruling ANC, for expressing his love for Israel and criticising the ruling party on its approach to the Israel-Palestine conflict during a webinar hosted by the Jerusalem Post.

He further defended the expression of his religious beliefs, going as far as ending off his statement by citing several Bible verses.

“As citizens with fundamental rights and freedom, judges are not to be needlessly censored, gagged or muzzled. They ought to be free to continue to write articles or books, deliver public lectures or participate in radio or television programmes to share reflections on human rights, constitutionalism, policies or any other subject of public interest.

“They are not to be confined to judgement-writing responsibilities as some, either out of sheer ignorance, mischief-making or stone age conservatism, have consistently advanced,” said Mogoeng.

He took a swipe at Africa 4 Palestine by saying that if he were to be forbidden to make remarks about peace, landlessness, poverty, homelessness and colonialism, this meant judges were forbidden to say anything about apartheid.

Homes flooded in the Vaal, emergency services rescue those trapped