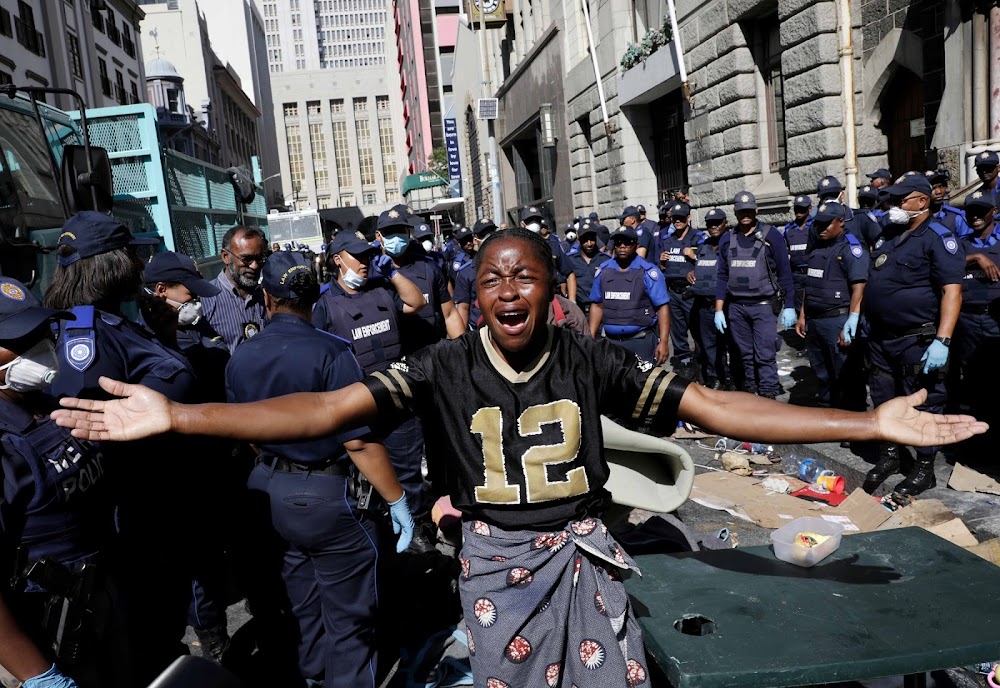 The national government and Cape Town authorities are having a public spat over the housing arrangements of the foreigners who recently occupied the city's CBD.

The departments of public works and home affairs issued a joint statement on Monday criticising the city over the housing of foreigners who were evicted from the Central Methodist Church.

This follows the declaration of a national state of disaster and subsequent 21-day lockdown ordered by President Cyril Ramaphosa in a bid to curb the spread of Covid-19.

The city has been battling with about 500 refugees who had occupied the church in Green Market Square, who were demanding that the UN High Commission for Refugees move them to a different country, such as Canada, citing fear of xenophobic attacks.

“The recent events unfolding in Cape Town regarding the relocation of asylum seekers and refugees, including untrue statements peddled by the officials of the City of Cape Town and the executive mayor in the public domain has compelled us to take an unusual step to issue this joint press statement.

“Thus far we have exercised restraint in the face of extreme provocative press statements attributed to the officials of the City of Cape Town,” read the statement.

The statement placed the blame for a delay over the relocation of the group squarely on the city for allegedly failing to enforce a court order to remove the group.

“In all instances, the City of Cape Town failed to enforce its bylaws even after being ordered to do so by the court. It is this dragging of feet that led to the hearing by the portfolio committee on home affairs on March 10 2020,” read the statement.

It further blamed the city for rejecting possible relocation sites for “unknown reasons”.

The statement came a day after Cape Town mayor Dan Plato said the removal of the refugees from the church was premature, as the city was still preparing the relocation site to ensure physical distancing for the duration of the pandemic.

“Unfortunately, for reasons that are still unknown to me, the removal of the refugees from the church at Green Market Square on Thursday, carried out by SAPS, was premature and did not conform to our agreement in this regard.

“The Wingfield site was not yet ready for occupation and the church refugees were moved to the Paint City site by SAPS without the city’s agreement, while that site was also not yet ready,” said Plato.

He said because of this, accommodation at the Paint City site was not compliant with Covid-19 regulations and could result in further relocation.

“It is also important to note, that while the city did not support the removal of the church refugees to the Paint City site as it was contrary to prior agreements reached with the national government, the fact is that the removal has taken place and any resultant overcrowding and/or health risks that are triggered at that site will need to be dealt with by all three tiers of government on a co-operative basis,” said Plato.