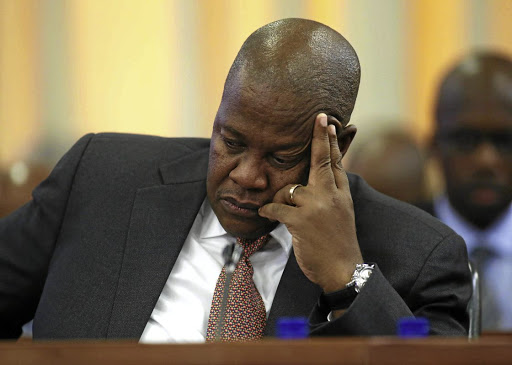 Molefe, testifying at the Zondo commission on Friday, said he met the Guptas for the first time around 2007 or 2008.

He admitted having visited their residence in Saxonwold “several times over the years” but said there was nothing wrong with that.

According to Molefe, the Guptas were the only ones who had bought into his vision to establish a state bank, which was rejected by influential black politicians and businesspeople.

Because of their support for this vision, he had grown to like the Indian family.

Among people who had turned down his vision for a state bank, Molefe claimed, was Tito Mboweni when he was Reserve Bank governor.

Therefore, Molefe had no regrets having become close to the controversial family at the centre of the alleged state capture that took place during the Jacob Zuma administration.

“I saw nothing wrong in going to their [the Guptas'] house. I had no reason to treat them like lepers as people pretend that they did when they met them for the first time,” said Molefe.

“It was a normal relationship with people that I had approached and who had received me warmly and said 'let us talk about establishing this institution [state bank]'.

“They were foreigners in SA but they were prepared to buy into the vision of a bank that would belong to Africans. A lot of our own SA businesspeople did not buy into that vision, they thought it will not work.”

Molefe said there was nothing sinister or underhanded regarding his relationship with the Guptas.

If there was anything of that sort, he said, he would have never rejected their proposals for funding they made to the Public Investment Corporation (PIC) when he was CEO.

Molefe also defended his controversial move from Transnet to Eskom in 2015. He was appointed Eskom CEO in April 2015 by then-minister of public enterprises Lynne Brown.

Molefe had apparently been asked by Brown if he would agree to moving to Eskom during a Transnet event at Coega in Nelson Mandela Bay and he had agreed. His involvement in the matter, he said, ended there — until Brown called him saying he must come to Eskom on April 17 to be announced as Eskom's new boss.

Molefe agreed to move to Eskom because he was concerned about the load-shedding that was ravaging the country at the time.

“From my side, it was like SA is really collapsing [because of load-shedding]. Although what I was doing at Transnet was important, but I felt Eskom is more serious — if I can help there, I should go there,” he said.

This was a misdirected question, he said, because he did not know anything about it.

On why the Guptas appeared to have known about his moves within the state-owned companies and having allegedly told former deputy finance minister Mcebisi Jonas that he was “well taken care of”, Molefe said he was self-made.

US focused on 'future conduct' of Saudi Arabia after Khashoggi sanctions