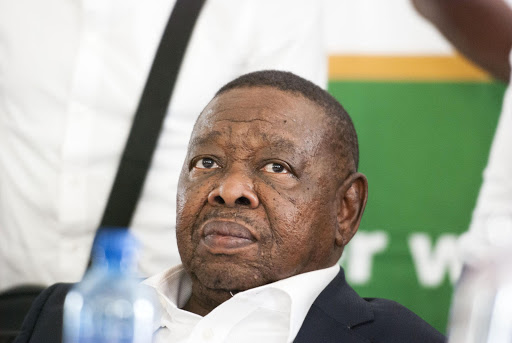 Higher education, science and technology minister Blade Nzimande has welcomed the establishment of a new university of science and innovation in Ekurhuleni, east of Johannesburg.

President Cyril Ramaphosa announced plans during his state of the nation address (Sona) to build the university.

“Ekurhuleni is the only metro in our country that does not have a university. This will enable young people in that metro to be trained in high-impact and cutting edge technological innovation for current and future industries,” Ramaphosa said in his address.

The higher education department said the university would provide “cutting edge technological innovation with current and future industries, sectors and firms to drive the frontiers of a future economy”.

“We believe that this location, together with fresh new challenges arising from the revolution in science and technology in the third decade of the 21st century, offers an opportunity for a new initiative to provide cutting-edge science and technology innovations across crucial areas such as data science, machine-learning, artificial intelligence, block chain, robotics, hydrogen-powered technologies including smart transportation and logistics systems,” said Nzimande.

Nzimande said his department would work with government and industry partners, the City of Ekurhuleni and the Gauteng provincial government, while drawing on South Africa’s extensive international network in the Brics countries, Japan, Europe and elsewhere for innovative partnerships.

“Minister Nzimande will provide details on the establishment of the university during the departmental budget vote 2020 later this year,” the department said.

The department also welcomed the president’s announcement about setting aside a further R64bn for student accommodation.

“We are developing large projects comprising 7,273 new beds at various universities, where there is gross shortage of student accommodation,” Nzimande said.

The minister also said his science and innovation department supported Ramaphosa’s commitment to move towards a low carbon growth trajectory.

“The country's energy challenges have provided us with an opportunity to look differently at, among other things, the use of hydrogen fuel cell technology [HFCT].

“We have also started rolling out demonstrations for the provision of electricity and mobility using platinum-based hydrogen fuel cells. These include the rolling out of fuel cells to a rural school in the North West, and the development of hydrogen-powered scooters in partnership with the South African Post Office to extend the range of some of their mail delivery scooters,”said Nzimande.

“The leadership of Universities South Africa (USAf) is working with our department to develop a joint plan of action towards a plan to address campus security, including preventing acts of violence and gender-based violence.

“This will include a process to gather information on the status of safety and security plans and strategies on campuses across the country, and to identify urgent matters to be addressed at individual institutions,” Nzimande said.

Ramaphosa promises to clear the air on lockdown cigarette sales

Covid-19: Mkhize warns of 'calm before a heavy and devastating storm'

'We've lost a champion in the fight against HIV': David Mabuza on death of Gita Ramjee from Covid-19