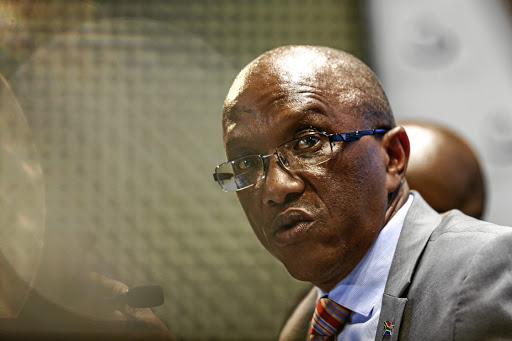 Auditor-general Kimi Makwetu has died, his office confirmed on Wednesday.

Makwetu died of lung cancer in hospital on Wednesday after battling the disease since 2018, the office of the AG said in a statement.

“It is with great sadness and shock that we announce the passing of auditor-general Kimi Makwetu this afternoon,” spokesperson Africa Boso said.

Boso said the audit office joined the Makwetu family in mourning his death.

“We ask the public to keep the family in their thoughts as they come to terms with his passing and to give them the privacy and space. When they are ready the family will share details of how they would like to honour their beloved husband and father,” Boso said.

Former president Jacob Zuma appointed Makwetu as A-G on December 1 2013 for a seven-year term, which was to end on November 30. He will be replaced by deputy auditor-general Tsakani Maluleke.

Makwetu was scheduled to appear in parliament last week for a farewell event, but could not attend because he was ill.

"He worked very hard to get the government finances to be properly audited. I am sure we will miss him in the financial and auditing world," said Mboweni.

The minister said parliament would find an appropriate opportunity to pay tribute to Makwetu.

Meanwhile, the governing ANC described Makwetu as a gallant servant of the people of South Africa, and said his death was a loss to the auditing profession and the ongoing task of building an accountable administration.

Mabe hailed Makwetu's contribution towards building a culture of accountability and transparency in the use of state resources.

He said his legacy must be honoured by having a clean and accountable administration.

"We are confident that all public servants, including employees at AGSA, will take forward Makwetu’s legacy as well as the solid foundation that he and other previous auditors-general have laid," he added.

According to the Auditor-General SA website, Makwetu was born in Cape Town and completed a social sciences degree at the University of Cape Town in 1989. He received a BCompt honours degree from the University of Natal (distance learning in 1997) and was a qualified chartered accountant.

He started his career with Standard Bank and later worked at Nampak, completing his articles at Deloitte where he progressed to senior management before joining Liberty and Metropolitan Life in Cape Town.

He then moved to Gauteng in 2003 and worked at Liberty Life. Makwetu returned to Deloitte as a director in the firm's forensic unit before his appointment as deputy auditor-general in 2007.

He leaves a wife and three children.