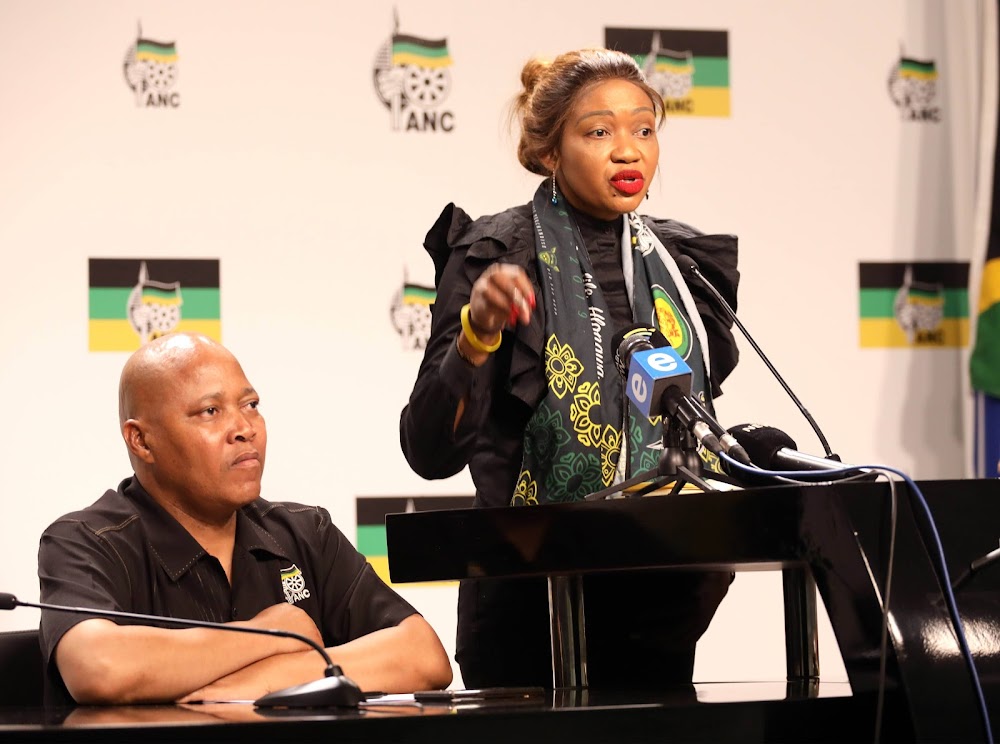 Malema on Monday, during his party’s Black Lives Matter march to the US embassy in Pretoria, had accused Ramaphosa of being a sell-out and having no right to comment on issues pertaining to black lives.

In a strongly-worded statement on Tuesday, labelling Malema as the “EFF owner”, the makeshift ANCYL said the former youth league president was desperately grasping for relevance, hence the attack on Ramaphosa.

Ramaphosa, said Mahambehlala, commanded respect from the majority of South Africans, ANC members, the African continent as well as people across the globe.

“Narrow-minded capitalists, nincompoops and comical characters like Malema who thrive on anarchy will continue to be rejected as they have nothing to offer except insults,” said Mahambehlala.

“In his verbiage, Malema was at his usual self-praising theatrics with the usual career saving nods by his supporters who have to outdo themselves to please him, lest they are removed from whatever roles he has assigned them.

“We know that Malema is beyond reproach and is a lost cause and therefore we urge South Africans to reject his foolishness at a time we are all galvanised to fight against racial injustices where black people's lives do not matter in certain parts of the world.”

Mahambehlala added the ANCYL voice to the now popular “antiracism” campaign after the killing of American George Floyd at the hands of US police.

The task team would continue to mobilise young people across the country to rally behind the cause, she said.

Mahambehlala added: “It cannot be correct that black people continue to be victims of race-based violence and here in SA we have shown the rest of the world that racism will never be allowed to manifest in society, and where it raises its ugly head like it has in America, we must confront and defeat it.

“We call for global solidarity in the fight against racism. Hard gained freedoms of black people around the world were never free and we can't fold our arms when they are under threat, as that will erode countless struggles led by Dr Martin Luther King, Oliver Tambo, Peter Mokaba, and many others.”

Cosatu to Ramaphosa: Clamp down on corruption or we'll part ways