OPINION | What luxury motoring means in 2020 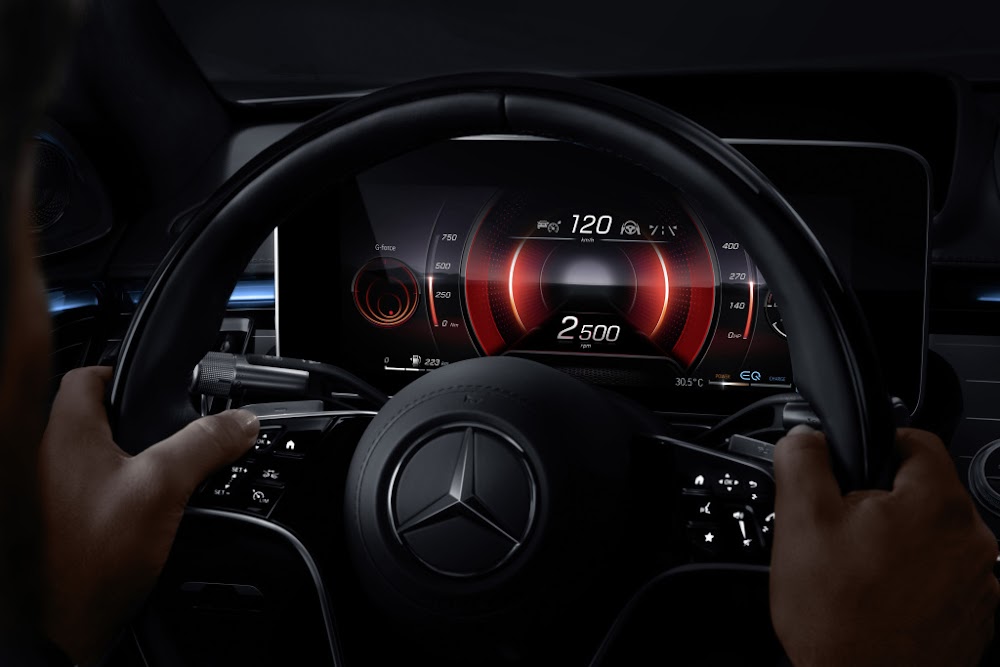 Earlier in July Mercedes-Benz revealed the cabin of its next-generation S-Class.

Buyers can look forward to the prospect of as many as five (!) screens scattered throughout, like some high-resolution Easter egg hunt – where the treats are poorly hidden. But maybe that exclamation mark is a little dramatic.

After all, the manufacturer is not the first to go wild with interior digitisation. Consider, for example, the Audi E-Tron. When we sampled it at a global launch in the United Arab Emirates, we were taken aback by its screening arsenal. One for the so-called Virtual Cockpit instrument cluster, another for the heating, ventilation and air-conditioning, another for the infotainment system and two more that served as its side mirrors.

Anyway, this little column is not about keeping score in the screen-size-matters contest taking place at the automotive urinal. Rather, it is a short reflection on the nature of automotive luxury and its evolution.

Which I can encapsulate in a brief sentence, if by now you have lost interest in reading to the end. The gist of my assertion is this: a luxury car in 2020 is not defined by its abundance of swanky materials, but by its level of digitisation.

To me, that means technology that mimics the capability of the most sophisticated smartphone, electrified power trains and, of course, the extent to which driving functions are autonomous. You can experience the latter in something as humble as a Toyota Corolla these days.

In the annals of motoring history – and in more recent times – there have been many outlandish concept cars envisaging what the future of luxurious motoring would look like. And if those are to be believed, what you should brace for is ownership of an amorphous pod, appointed with swivelling seats upholstered in recycled cigarette buds (or some other exotic litter) and no steering wheel in sight.

By that time, motoring journalism would have become commuter journalism instead, though according to some, that is already the case. Basking in the wares of yesteryear always proves a fascinating and refreshing experience, as many a nostalgic petrolhead will agree.

The concept of luxury was a different thing two decades ago. Or maybe not, since cars like the BMW 7 Series (E38) were digitised in a sense, with the inclusion of television screens and corded telephones. The one James Bond wielded in Tomorrow Never Dies could even be driven via a rather cumbersome-looking Ericsson mobile.

Maybe we need to go even further than two decades to drive home the point. How about we reference the official genesis of the nameplate mentioned in the introduction?

Yes, the W116 S-Class was regarded as a true pioneer of luxury. Back in 2018 this scribe had been lucky enough to have enjoyed two occasions in the bosom of a 280 S. What stood out was the sheer awesomeness of its build quality.

If you think the premium motors of today are well-screwed-together, you need to do yourself a favour and saddle-up in a Mercedes-Benz from the era in which it traded on a tagline that confidently declared it engineered cars like no other. The doors closed with a mighty thud, punctuated by the mechanical clunk of interlocking latches hewn from steel. The buttons of its Becker radio clicked with satisfying tactility and the knobs for its ventilation system required torque that my soft millennial fingers were just not accustomed to.

Beige leather – and wood trim that probably came from the talking tree in Pocahontas – were also clear denotations that this was a bona fide luxury car in the classical definition. But there were livelier colour combinations to be had during that time, aside from beige.

What also cannot be forgotten is that the S-Class was a trendsetter in safety standards. The W116 touted anti-lock brakes and airbags among its trailblazing innovations.

If digitisation and autonomy are barometers of luxury now, perhaps next-level safety was a good indicator of progress in this regard, back then.

Maybe some pipe-smoking author suggested from behind a typewriter all those years ago, that safety features were the new measures of luxury. And that in the future, all cars would be fitted with electronics that actuated cadence braking, as well as pillows that pop out to protect occupants’ vital parts in a collision. He or she was right.

Luxuries are just those until they filter out into the mainstream. One wonders what the next measures of luxury will be when autonomy, electrification and digitisation are completely democratised.

CYRIL RAMAPHOSA: We must jealously safeguard our country’s media freedom