Kean opens his account, but Everton stunned late on by Newcastle 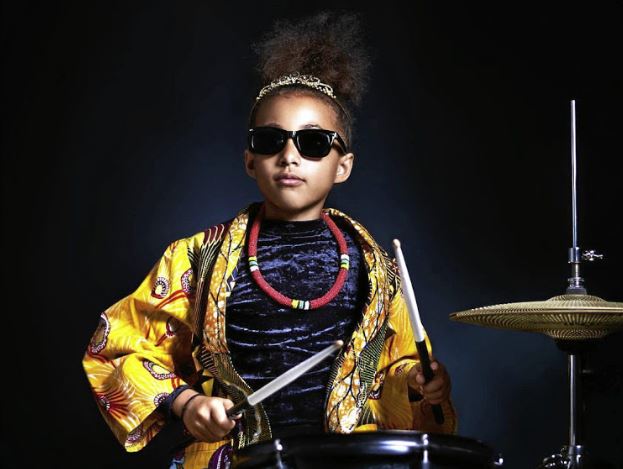 Not many nine-year-olds can boast having US musician Lenny Kravitz as a fan, but South African-born Nandi Bushell has him waxing lyrical.

Bushell, who is drumming her way to fame in the UK and internationally, caught the attention of the famed rocker, who invited her to jam with him before his show at the O Arena in London in June.

“I loved meeting him. He was kind and friendly. I enjoyed jamming with him. I would love to meet him again someday!” she told the Sunday Times.

Kravitz, it seems, was equally struck by the drummer girl. After their jam session he posted a video saying: “Today I had the most beautiful experience playing with a young drummer I saw on Instagram. You are inspiring and I look forward to seeing you shine in the future. Love and respect.”

Today I had the most beautiful experience playing with a young drummer I saw on Instagram named @nandi_bushell. You are inspiring and I look forward to seeing you shine in the future. Love and respect.

In September Bushell posted a video of herself playing the guitar and drumming as a dedication to Kravitz. “This one is for you. Thank you for inspiring me. I want to learn every instrument and sing just like you.”

Bushell, who was born in Westville, Durban, got hooked on percussion at the age of five when her parents bought her a toy drum set. Her mom, Lungi, who hails from Esikhawini in KwaZulu-Natal, and British father John, met when Lungi took a gap year in London.

She seems to have inherited her musical talent from her father’s side.

“I have been in bands since I was 16,” said John. “I have met a lot of drummers over the years, really good ones. I can’t play the drums but I understand good timing.

When we brought the toy drum kit home when Nandi was five, she instantly kept a beat going with perfect timing. I could not believe what I was hearing. It was beat-perfect and instinctive.”

Bushell has since drummed up a huge following, with her rendition of In Bloom by Nirvana receiving more than 10-million Twitter views.

She has also put her rock ’n’ roll spin on classic hip-hop and pop anthems such as Kanye West’s Jesus Walks and Bruno Mars’s Uptown Funk and earned herself blue-tick verification on Instagram.

“When I was five I loved listening to Hey Jude by the Beatles,” she said. “I like watching Ringo play the drums. That’s why I wanted to play the drums. Now I just love playing the drums. I like the way it makes me feel and it’s so much fun.

“Every weekend daddy, my brother and I make pancakes and watch music videos on YouTube.”

Bushell has also met Questlove, from the band The Roots, who she said gave her some good advice.

Last month the youngster drummed her way into the Christmas ad of one of the biggest department stores in the UK, Argos. In it, she and Fightstar band member Omar Abidi rock out to Don’t You (Forget About Me) by 1980s Scottish rock band Simple Minds.

“I enjoyed shooting the advert. I got to fly to Bulgaria to shoot the ad and got a lot of special treats while I was there. I got to have my own director’s chair like in the movies,” she said.

The Bushell family, who live in Ipswich in Suffolk, England, last visited SA in July for a family wedding.

Her mother said that she and her brother, Thomas — who is also musically inclined — have a great connection with the country. This is evident in Bushell’s fashion.

She is often photographed in traditional Zulu beads and African print T-shirts. Even some of her drums are kitted out with African beads and fabric.

“Nandi always enjoys the traditional Zulu dishes when we visit, most of all my mother’s cooking,” said Lungi.

Why many children with autism have oral health problems

5 Cookbooks that double as guidebooks

Hotels ramp up their wine-tourism experiences

Hope in sight as diabetes drug tipped to prevent miscarriages

In Dubai for the festive season? Here's what to check out

Young local artists that have wowed the world in 2019

Fighting for LGBT rights in Myanmar with a 'pink pinky'

England's Archer closer to recall after impressing in nets