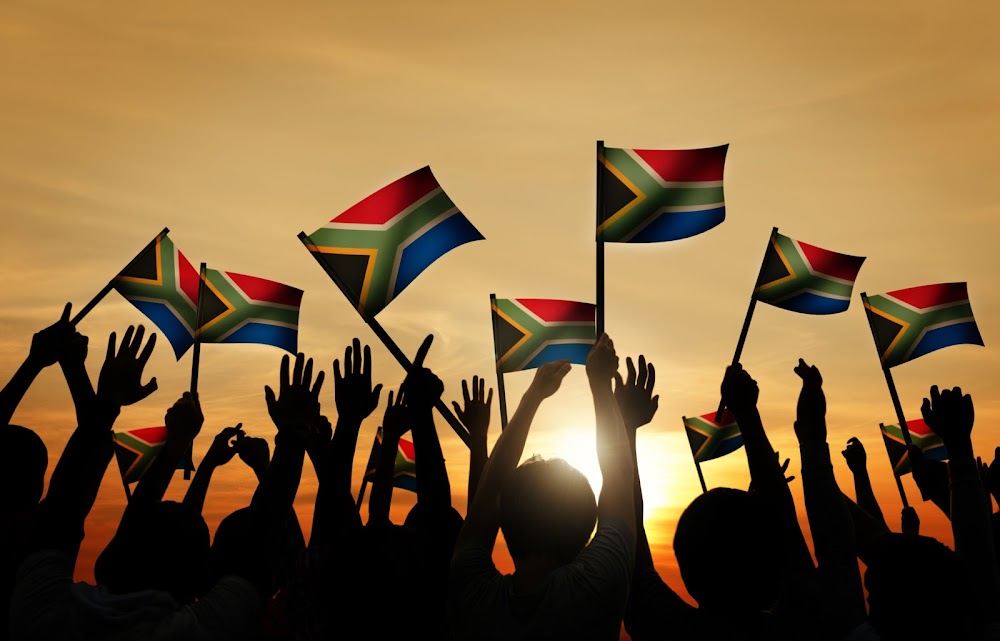 We need to talk about #ImStaying, but first let's talk about another country, another time and a seemingly innocuous piece of popular music.

Seventy-five years ago the legendary lyricist Johnny Mercer cheered up America with a catchy ditty called Ac-Cent-Tchu-Ate the Positive. It was made famous by a performance by Bing Crosby and Sonny Tufts in a musical comedy, Here Come the Waves, in 1944.

Mercer's song was inspired by a church sermon once heard by his publicist, given by one Father Divine, in which the preacher urged his audience to "accentuate the positive and eliminate the negative."

Now I have to say that I'm a fan of the song - it's catchy and upbeat and gets pleasantly stuck in the head but, like many lasting panaceas of popular culture, if you dig a little deeper you'll uncover some troubling things about it.

Perhaps the most troubling is the ill-advised decision by the makers of the film to have Crosby and Tufts sing the song in blackface.

And then there's the way in which the mainly white performers of the song subsequently, without a hint of irony, and with far too much mirth, vocalise its lyrics' mimicry of the supposed speech patterns of black Americans as heard through white ears - "chillen" for children, "elininating" for eliminating and so on.

In the context of the period in which it was written it's not hard to see why 1944 America embraced Mercer's easy-listening, toe-tapping tune.

The boys in Europe were making the final push to defeat the Nazis, and while things were still tougher than the papers might have had you believe, Mercer's invocation that: "You've got to accentuate the positive. Eliminate the negative. Latch on to the affirmative. Don't mess with Mister In-Between" was the unifying, positive tonic a war-weary world needed.

It was imperative, as Mercer continued, to "spread joy up to the maximum. Bring gloom down to the minimum. Have faith, or pandemonium/Liable to walk upon the scene."

No matter that the accentuation of the positive would lead to a dangerously divisive hardening of conservative values and the demonising of American citizens who were sympathetic to ideas other than free-market capitalism, or that black Americans would still have to struggle for two decades before there was any semblance of full civil rights.

That was all future pandemonium that having faith, smiling and putting on your biggest pair of rose-coloured spectacles would keep at bay until they absolutely could not any more.

Cut to five decades later and SA in its first year of democracy - the miracle that the world said would never materialise - the nation's eyes, hopes and energy were briefly but firmly focused on the sight of 30 burly men chasing an oval ball around a field in downtown Johannesburg.

By the time the Rugby World Cup final was over, SA had achieved its second magical unifying moment under the shadow of the rainbow that Archbishop Desmond Tutu had declared should be the country's guiding symbol.

In a whirlwind of multiracial hugs, kisses, singing, dancing, braaing and dopping, the citizens of a country divided and wrecked by the legacy of over 300 years of oppression and racial injustice briefly eliminated all that negativity.

They generated enough positivity to put continually less-wide smiles on their faces as they played back that moment in blurry, nostalgic, mythical projection over the course of the next two decades whenever reminders of what we could have been were needed to overcome the realities of what we'd become as a country and a society.

Like Mercer's pacifying aural Band-Aid, the picture of Nelson Mandela and Francois Pienaar holding the Webb Ellis Cup aloft has become - along with late-'90s Castle Beer ads and December holiday commercials for petrol stations where the sun shines and petrol attendants sing and dance and smile and we all love our cars - a nice, digestible national blinker.

Which brings us to consider the #ImStaying Facebook group and the enthusiastic embracing of the hashtag by over half a million hungrily optimistic South Africans in what is coincidentally the month of another iteration of the Rugby World Cup.

Created by exasperated Cape Town property entrepreneur Jarette Petzer, it's a defiantly optimistic space for the "accentuation of the positive and the elimination of the negative". Poke too much at its obvious flaws or throw too many stones against the glass of its oversized rainbow-coloured spectacles and you will be blocked.

Peel off the bandage, though, and you have to acknowledge that however well-intentioned, there's a cringeworthy insularity, nostalgia and lack of self-awareness that tinge this virtual community's attempt to put the blinkers back on long after the realities of the trauma and pain that we haven't dealt with have been let out of the box.

The very notion of having the choice to stay or go is immediately problematic because it's not a reality for the vast majority of South Africans.

The idea that positivity is to be valued above all else and that criticism will not be tolerated is only the flipside of a coin where the reverse side is censorship and repression carried out by authoritarian regimes.

If you can't see what's wrong with a picture of your domestic worker "going the extra mile" by carrying your family dog on her back while doing your ironing then you're living in the Bing Crosby-whistling kingdom of the blind.

If anything, #ImStaying has dropped the ball by refusing to engage on a meaningful level with people who point out its obvious shortcomings.

In refusing to engage with conflicting opinion, the hashtag serves as another stupefying example of the fact that there's nothing that blinds the privileged from being able to acknowledge their privilege as much as privilege itself.

You can accentuate the positive, eliminate the negative until the cows come home, but don't complain when circumstances force you to recognise that reality is and always has been firmly in the control of Mister In-Between.