You can now visit any one of our nine beautiful provinces freely. Exercising precaution of course: while lockdown has made way for liberty, Covid-19 has not miraculously evaporated into air.

With masks on, basking in this newfound freedom of movement, we took a pair of plucky and budget-conscious, B-segment crossovers through Gauteng and into the fringes of North West. The morning sojourn over road and dirt trail would reveal which was worth the closer look, among buyers seeking an affordable compact crossover.

Missing in action is the Volkswagen Polo Vivo Maxx. We asked, but logistics were not in our favour. Anyway, the show must go on.

Renault is a pioneer of the category having first launched the Stepway version of its Sandero in 2010. In 2014 the second-generation model arrived. Pricing ranges between R223,900 and R243,900, undercutting its blue oval rival at either end.

But if we are looking at the sales performance of either nameplate in entirety, the American firm has the upper hand. According to pre-pandemic sales figures (February 2020); Ford sold 1,068 Figo units and Renault did 216 Sandero copies. 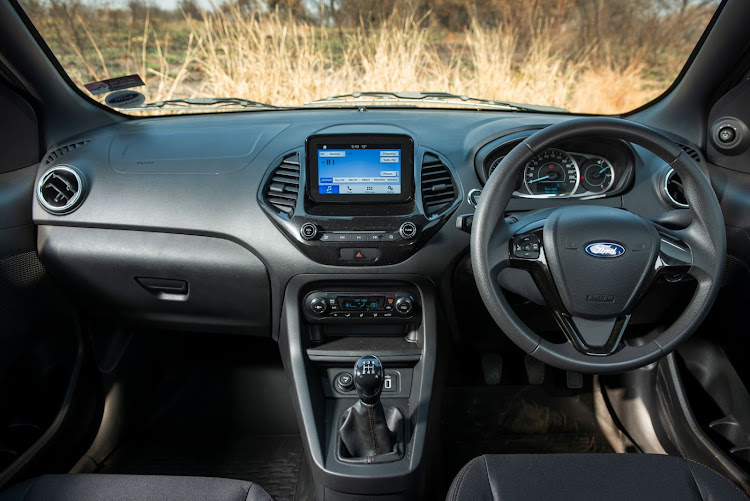 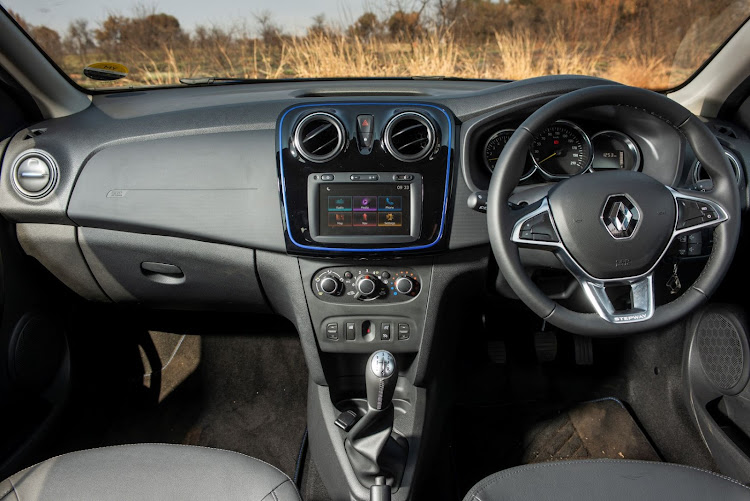 Both products adopted the same execution, in transforming from standard hatchback into one befitting the crossover label. They were gently peppered with the Cape Union Mart catalogue, incorporating plastic body armour, roof rails and other tough-looking garnishes. Inside, there is not much to differentiate either from their regular counterparts.

Certain gripes remain. For example, the lounge of the Ford tends to err on the cramped side. And everything seems bite-sized, with a tiny switchgear that could frustrate those with chunky fingers. Even the side mirrors look like small Jack Russell ears from where the driver sits. By contrast, the Renault has an airy, more spacious ambience in addition to materials that feel a cut above those of the American car. 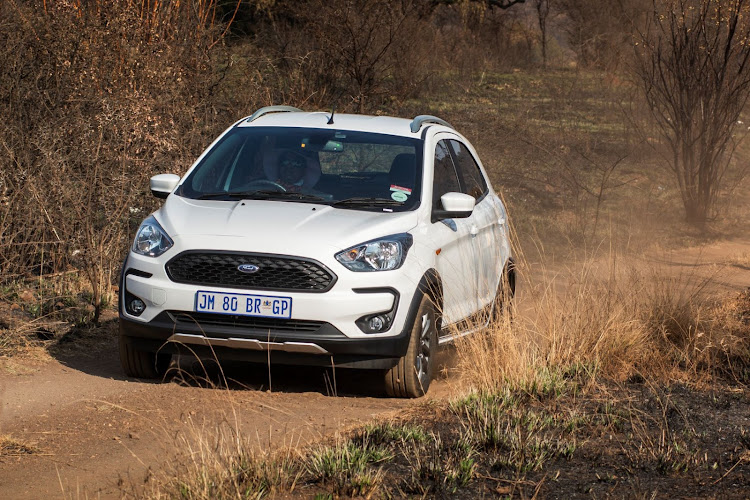 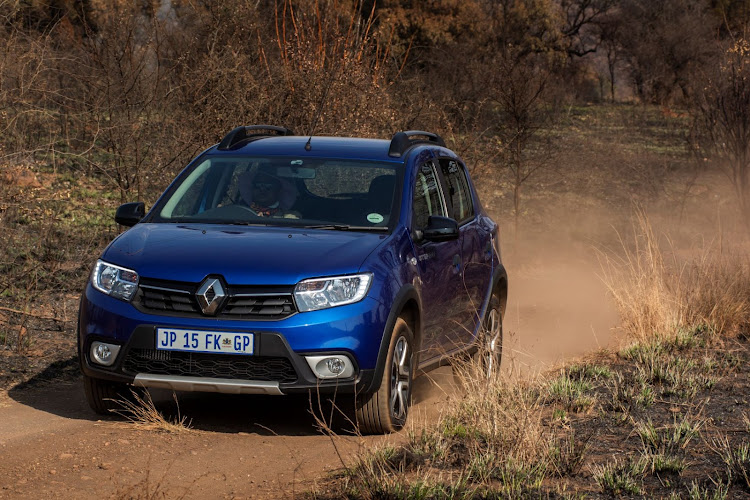 Motivation in the Freestyle comes from a normally-aspirated, 1.5-litre petrol unit with 91kW and 150Nm of torque. This is paired with a five-speed manual.

It is a remarkably tractable motor, bringing sprightly performance with zingy three-pot acoustics. Surprisingly smooth in operation too, mindful of how jittery engines with this uneven arrangement of cylinders can be. And speaking of surprises, you may find its supremacy over the turbocharged competitor in the numbers game quite interesting.

The Stepway has a boosted, petrol three-cylinder, with a 900cc displacement, packing 66kW and 135Nm also coupled with a five-speed, row-your-own gearbox.

Curiously, even though the Ford is the more powerful car on paper, it is marginally slower to 100km/h at 11.8 seconds versus 11.1 seconds in the Renault. The Stepway tips the scales at 1,055kg while the Freestyle weighs slightly less at 1,045kg.

Consumption is near-on identical, with both sipping under 6l/100km under combined conditions both on paper and in the real world, when driven rationally. 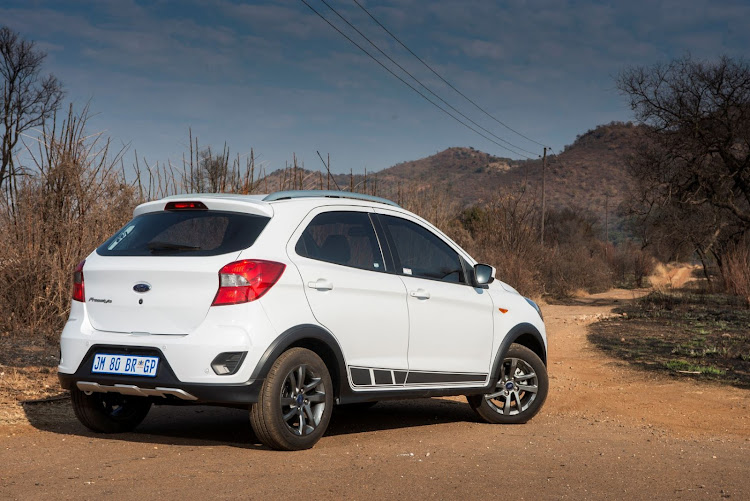 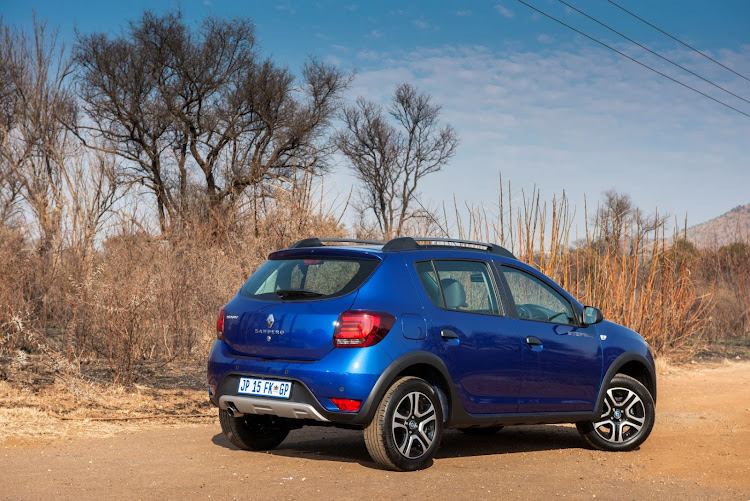 If the marketing campaigns for these vehicles are to be believed, the driving routes of average compact crossover owners will include some light rough-and-tumble, outdoorsy inquiries.

We know how these cars work in the urban jungle. Their dimensions enable nimble scurrying through the cut-and-thrust of traffic. And on the average freeway jaunt, their road manners are of an acceptable nature.

But how do they fare under the demands of mild dirt-road activity?

Both ride higher than their standard counterparts. The 193mm ground clearance of the Sandero holds it in good stead, from the perspective of the driver there is confidence to traverse gravel terrain without the threat of any serious consequence. Be mindful of its limitations, however.

A hard, thick stick connected with the plastic cladding of our car, creating a mighty snap that implied greater damage than was the case. This reminded us that the rugged personas of these cars should always be taken with a pinch of salt. By all means, venture out there, but temper your expectations. These are front-wheel drive hatchbacks, after all.

These negligible differences result in a character that is negligible in difference, though the Renault did seem to handle corrugations and mild ruts with more suppleness than the Ford.

Pleasingly, however, neither vehicle appeared particularly jarred by the challenges of tackling unbeaten paths. They are undoubtedly well-suited to such an application, when the occasion arises.

In summary, these are endearing little cars, with the added assurance of a slightly tougher side should conditions require.

But which should get your money? The cheaper price, plusher interior and considerably lengthier warranty of the Renault would be determining factors in our book.

Promoting self-love is child's play, thanks to these African doll makers

Emmie Chiyindiko is bridging the gap for women in science