Greta Thunberg named Person of the Year by Time magazine 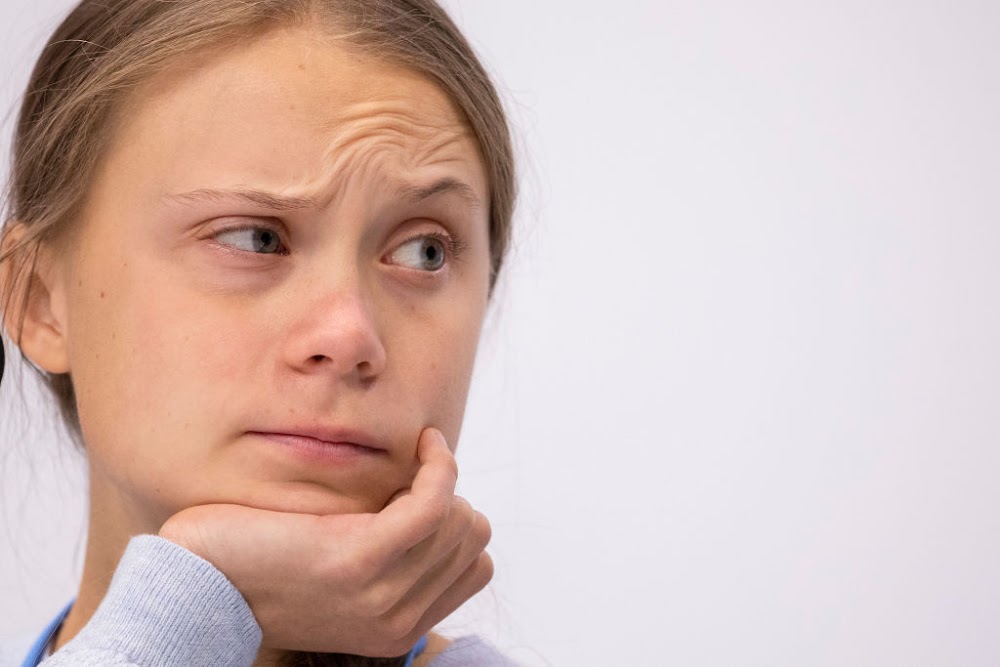 Greta Thunberg, the Swedish teenager who became the voice of conscience for a generation facing the climate change emergency, was named Wednesday as Time magazine's 2019 Person of the Year.

The 16-year-old first made headlines with her solo strike against global warming outside Sweden's parliament in August 2018.

"We can't just continue living as if there was no tomorrow, because there is a tomorrow. That is all we are saying," Thunberg told Time.

The magazine interviewed Thunberg aboard the sailboat that took her from the United States to Europe after a hectic 11-week North American trip to several US cities and Canada.

Thunberg has taken her disarmingly straightforward message — "listen to the scientists" —to global decision-makers, accusing them of inaction.

The Swedish activist was in Madrid as the award was announced, at a UN climate forum tasked with saving the world from runaway global warming.

"The politics of climate action are as entrenched and complex as the phenomenon itself, and Thunberg has no magic solution," Time wrote in the interview.

"But she has succeeded in creating a global attitudinal shift, transforming millions of vague, middle-of-the-night anxieties into a worldwide movement calling for urgent change.

'I WANT YOU TO PANIC'

Within months of launching her lonely "School Strike for the Climate" protest outside the Swedish parliament Thunberg was spearheading global demonstrations by young people and demanding environmental action from world leaders.

"I want you to panic," she told CEOs and world leaders at the annual World Economic Forum in Davos Switzerland in January 2019. "I want you to feel the fear I feel every day. And then I want you to act."

The daughter of an opera singer mother and an actor-turned-producer father born, Thunberg has faced severe criticism — the latest from Brazilian President Jair Bolsonaro, who dismissed her as a "brat" — and been subjected to a swarm of online conspiracy theory.

Some mock her youth or try to discredit her because of her Asperger's syndrome, a diagnosis she has never hidden.

Her diagnosis means that Thunberg "doesn't operate on the same emotional register as many of the people she meets," Time magazine wrote.

"She dislikes crowds; ignores small talk; and speaks in direct, uncomplicated sentences. She cannot be flattered or distracted" — and according to the magazine, "these very qualities have helped make her a global sensation."

I honestly don't understand why adults would choose to spend their time mocking and threatening teenagers ... for promoting science when they could do something good instead

Thunberg says she is mystified by the hostility of some of the reaction to her.

"I honestly don't understand why adults would choose to spend their time mocking and threatening teenagers and children for promoting science when they could do something good instead," she wrote on Twitter in September. "Being different is not an illness."

She also insists that she has "not received any money" for her activism.

And with 12 million followers on her Instagram, Twitter and Facebook accounts, she continues to rack up high-profile supporters, from Barack Obama to the Dalai Lama and Arnold Schwarzenegger.

Hotels ramp up their wine-tourism experiences

Is French chef Alain Ducasse petty for being against Drynuary?

Inside DJ Zinhle and Pearl Thusi's holiday in Mauritius.

Schools could teach children how to be happy

3 cities that will inspire your wanderlust in 2020

PICS + VIDEO: 'Fashion can be activism' at the Golden Globes

Family thought they were baking a pizza; instead they found a snake in their oven

Australia's bushfires - could we have prevented them by not eating meat?

In Dubai for the festive season? Here's what to check out