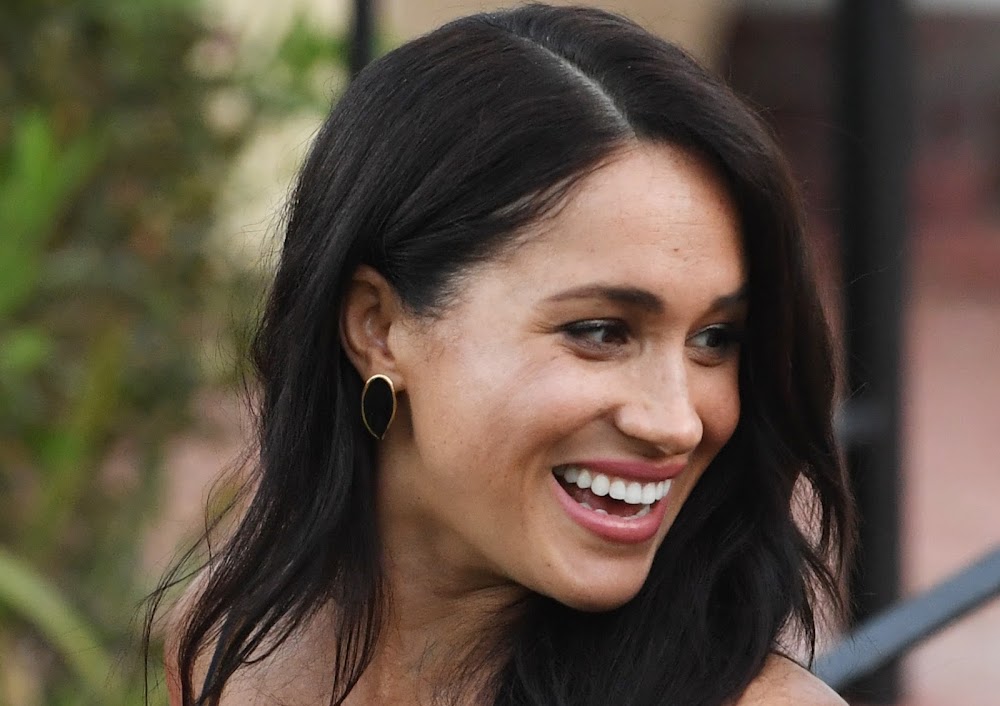 Meghan, Duchess of Sussex, has already picked up some goodies to take home while she's been touring SA.

She was snapped wearing a pair of porcelain statement earrings by Capetonian jeweller Nina Bosch, and collected some jeans she'd ordered from designer Tshepo Mohlala in Joburg — he sweetly surprised her by making a pair of denim dungarees for her baby, Archie, too.

Here are some other things we think would make great souvenirs for the Duchess, who seems to be a fan of eco-conscious, ethical and empowering brands:

This is no ordinary cushion cover, it's a vibrant hand-embroidered tale about the African bush.

Homeware brand Kaross provides rural men and women in Limpopo with the opportunity to generate a sustainable income while expressing their rich Tsonga and Sotho cultures through craft.

We think this crocodile scatter would look adorable in baby Archie's nursery, which is rumoured to be decorated in a gender-neutral scheme.

Judging from the duchess's wardrobe, we'd imagine that the decor of her home would be fairly modern.

If she's looking for a fresh and contemporary way to bring a bit of Africa into Frogmore Cottage's interiors, we'd suggest one of the rugs made by local brand The Ninevites.

The bold geometric prints on these rugs are inspired by the traditional patterns found on African baskets and beadwork.

Not only are the rugs beautifully handcrafted, they're made from a combination of Peruvian wool and locally sourced mohair, one of the world's most luxurious sustainable natural fibres.

The #RareBearProject is a Joburg community upliftment programme which provides income to the women of Kya Sands. They crochet these cuddly toys from 100% cotton and, for every one that's sold, R60 also goes to the Rare Diseases SA organisation, which supports families living with rare diseases.

Besides that, these bears are just too cute, making them the perfect gift for little royals. We think little Archie needs a grey sheep, and his cousins Princess Charlotte, Prince George and Prince Louis should have a colourful giraffe, zebra and lion each.

4. A BOTTLE OF REX UNION MARMALADE

It's the British breakfast favourite but with a uniquely South African twist.

The Rex Union is a variety of orange which was developed by Englishman George Rex, who arrived in SA in the early 1900s and settled on a farm near Rustenburg .

He so missed English marmalade that he cultivated the perfect fruit with which to make it: a cross between an orange with a pomelo.

Rex's farm is still the only place where the famous fruit is grown; it was recently listed in an international catalogue of endangered heritage foods, The Ark of Taste, maintained by the global Slow Food movement.

I served Prince Harry and Meghan rooibos tea and they enjoyed it, pensioner Shaamiela Samodien told the Sunday Times, after hosting the royal couple at her Bo-Kaap home during Cape Town's Heritage Day celebrations.

If the duchess has developed a taste for our local health-boosting tea, we think a collector's tin of rooibos decorated with artwork by world-acclaimed Ndebele artist Dr Esther Mahlangu would make the most wonderful keepsake of her first trip to SA.

These were a limited-edition release last year, but we're sure Freshpak could make a plan should the Duchess want one.

From meeting President Cyril Ramaphosa, to spending time with Graça Machel, Prince Harry and Meghan Markle traversed the city of Joburg on October 2 2019. This officially marks the end of their trip to South Africa which started with a visit to Cape Town towards the end of September.