Connie Chiume on blessers: It's the young girls who end up losing out 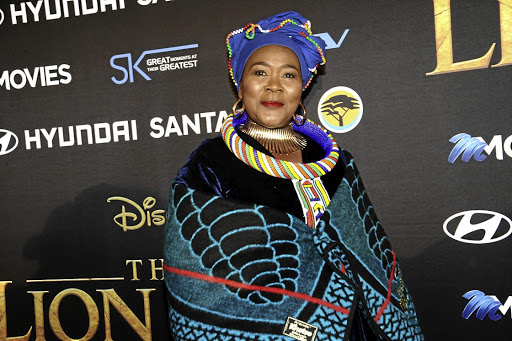 It is in the household of a blesser where Connie Chiume, as Ma Lerato, starts cashing in, using family secrets as barter.

"It's something I'm totally against, because older men use young girls and take advantage of them. The sad part is that the young girls are the ones who end up losing out," Chiume said.

The role of a domestic worker in the home of a wealthy family is a far cry from the powerful Mining Elder she played in the acclaimed film Black Panther.

But for veteran actress Chiume the character wields just as much power - knowing everyone's secrets and using them as leverage to get whatever she wants.

And, of course, the appreciation of acting in a local comedy that talks to a societal issue like the blesser phenomenon is unsurpassed, she said.

WATCH | The trailer for 'Blessers'

Molefe makes his big screen debut in the movie as well, playing the fixer who arranges meetings between wealthy older men and their much younger conquests.

As an actress with 43 years' experience in the industry, Chiume said she was glad artists were finally speaking out about the injustices in the entertainment industry, brought to the fore over recent weeks.

She is hopeful things will change. Working on this movie, she said, was blissful and she felt respected as an actress.

Molefe the told Sunday Times the movie started out as a conversation around the dinner table with his younger sister, Rose Molefe, who is the co-producer.