A breakthrough prosthetic leg with 'feeling' improves mobility for amputees 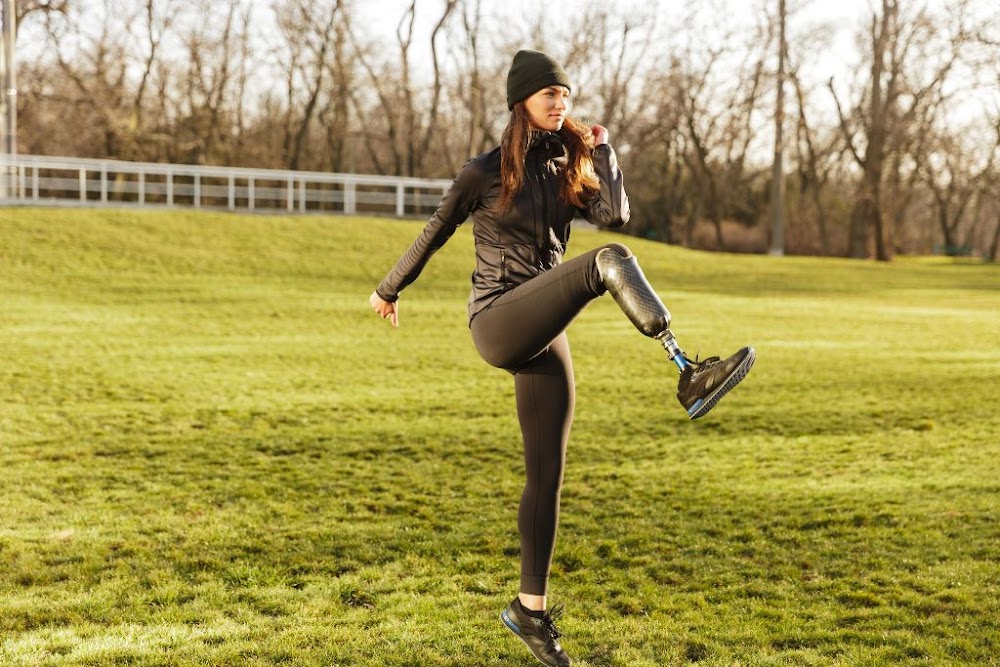 A breakthrough device unveiled on Monday makes it possible for someone amputated above the knee to "feel" a prosthetic leg, resulting in greater stamina, stability and mobility.

Sensors on a mechanical limb surgically connected to nerve endings in the thighs of two volunteers also reduced or removed the agonising "phantom limb" pain that bedevils so many amputees, researchers reported in the journal Nature Medicine.

The proof-of-concept study "shows how beneficial it is to the health of leg amputees to have a prosthesis that works with neural implants," said Stanisa Raspopovic, a professor at the Swiss Federal Institute of Technology in Zurich who led an international team of 20 researchers.

When an able-bodied person walks or runs, nerves in the feet and legs relay a steady stream of electrical impulses to the brain with real-time data: is the road uneven, slippery or full of pebbles? Is the surface sloping up or down?

That feedback allows the brain to make instant adjustments to catch a fall or change the amount of force needed.

But someone with artificial legs doesn't benefit from that feedback, making it very difficult to walk steadily and with confidence.

"They can't entirely trust their prosthesis, so they rely too often on their intact leg, which reduces mobility and causes them to tire quickly," Raspopovic explained.

Even a stroll on the beach or on uneven grass can be exhausting.

To restore the flow of signals from limb to brain, Raspopovic and his team placed sensors under the soles of the prosthetic foot and around the joint of an electronic knee.

WATCH | How the prosthetic leg with feeling works

Doctors, meanwhile, surgically implanted electrodes into the volunteers' thighs, hooking them up the same nerve endings that had once sent and received messages from the amputated lower limb.

Once connected by wires that passed through the skin, the sensors and electrodes partially restored the feedback loop.

"We deliver enough sensation to make people much more confident about their prostheses," Raspopovic said.

Even years after a leg has been removed, "there is accumulated knowledge in the nerve fibres," he added. "There are enough fibres to elicit sensations through electrical stimulation."

To get an objective measure of how well it worked, the researchers asked the volunteers to perform a series of tasks with and without the device.

Without the neuro-feedback, oxygen consumption was significantly higher, as was a certain type of brain activity associated with concentration.

As striking, according to the volunteers, was the reduction in pain.

"My big toe, foot, heel, ankle, calf - they all hurt and I don't even have them," said Savo Panic. The pain is strong enough to wake him up at night, he added.

"Since I have started the treatment, I don't feel any phantom pain."

Raspopovic said the results were encouraging, but that more tests over a longer period, including in-home use, were needed before the technology could be brought to market.

The next step is to develop a fully implantable system with wireless neuro-stimulation, eliminating the need for wires to pass through the skin.

Working with technology firm SensArs, the researchers plan to carry out large-scale clinical trials within the next four years.

Even very young children can become prejudiced, but schools can do something about it

5 soups you should be making to beat the heat

WATCH: Runaway dog goes viral after handing himself over to police