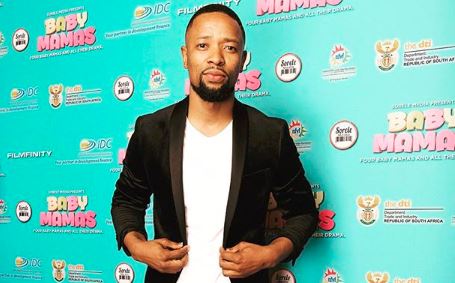 As a petition to bring SK Khoza back toThe Queen goes viral, actor SK Khoza has responded to the calls.

The petition, started by a fan, demanded that Ferguson Films reconsider the contract termination of Shaka, also known as Sthembiso Khoza. And if the production company cannot do that, at least give him an honourable send-off after all the years that he has graced our screens.

The signature gathered more than 5,000 signatures by Tuesday and doubled overnight.

As the calls for him to return grew louder and louder, SK took to Twitter to thank fans.

Sadly, he ruled out a return to The Queen but did promise to be back on screens soon.

"I'm about to shoot something else so see you soon," he wrote.

I’m about to shoot something else so see you soon https://t.co/8EvndJkOF2

SK has been part of the soapie's storyline since its first season, but left the show recently.

Ferguson Films confirmed his departure in a statement in September, thanking him for his work on the production and hinting at him staying in the Ferguson Films family.

"SK has been a great contributor to the show, and remains on Ferguson Films top list of actors. We wish him the very best in his future endeavours, and have no doubt that he will continue to inspire as one of the most talented young actors in the country," the statement read.

Protest against 'racism and discrimination' at top SA boys school