Sbahle's milestone: I called my neighbour so they could call an ambulance if I fell 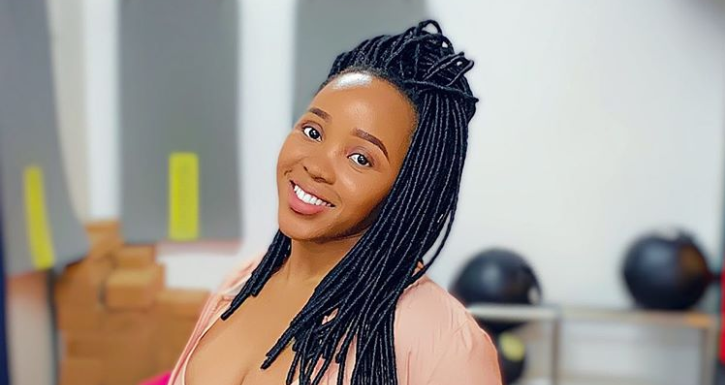 It's been well over a year since Sbahle Mpisane nearly lost her life in a horror car crash that resulted in her spending months in hospital, and the fitness fundi has just reached a major milestone in her recovery.

Paramedics had to use Jaws of Life to remove her from the wreckage after she lost control of her car during the early hours of August 9 2018 on Margaret Mncadi Avenue (formerly Victoria Embankment) in Durban.

Sbahle still occasionally uses a wheelchair because of the injuries she sustained in the crash, but has been working hard in the gym on her recovery.

While she has been exercising several parts of her body, Sbahle has really missed working out on the treadmill.

“I was at my gym alone today doing abs and biceps workouts. I kept looking at the two people who were sprinting on the treadmill and I was sad that I may never be able to sprint again,” she told her followers on social media on Thursday.

Always up for a challenge, she decided to give it a crack when everyone had left the gym. To make sure she would not be stranded if anything went wrong, she called her neighbour to watch her and call an ambulance if she fell.

“To make myself feel better, I waited for our gym to be empty, called my neighbour to come be on my view so she can call an ambulance if I fall.”

Sbahle was able to do it.

“I was scared of course, but I prayed hard first, then believed I could do the 5 min I was aiming for. God is always behind me.”

She returned to social media to shoot a video of herself on the treadmill and celebrating her accomplishment.