LISTEN | Pearl Thusi on adoption: Our grandmothers also did this for our parents 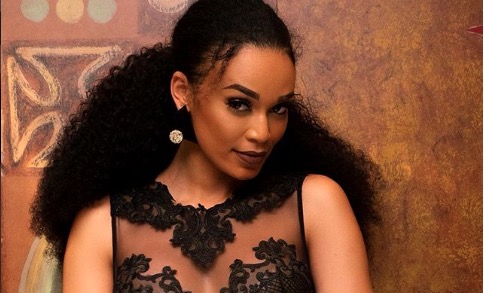 Actress Pearl Thusi is trying not to make a big deal about the adoption of her youngest child, but loves being a mama bear.

Earlier this year Pearl decided to share with the world snaps of her other daughter, Okuhlekonke, who she adopted.

LISTEN TO THE CONVERSATION:

She told TshisaLIVE she has tried not to make a big deal of the adoption because she is doing what countless women and grandmothers have done before her.

“It's been really incredible. I've tried not to make a big deal of it in terms of talking about it. Women do this every day, our grandmothers did this for our parents. There are aunties, women have to travel and then someone has to take care of their children. It's a village and I'm an African and I live by everything that an African means as much as I possibly can.”

The actress said before she adopted Okuhlekonke, she had started a charity organisation that helped abandoned children.

“Before I could activate that God was like: 'Are you really serious? Well, here, look, let's see.' For me, it's one thing being a philanthropist, it's another thing being a mother to someone you didn't give birth to.'

“And you can talk about it but can you live it? You have to be the change you want to see and she's been a light in my life!”

Pearl hinted that she was related to Okuhlekonke, but was shy to share more details about their relationship.

The Queen Sono star was recently inaugurated as "president of the Republic of Extra Cold".

The "mother of all parties" will be held on December 28 somewhere in the Atlantic Ocean.

“I was elected previously. I was over the moon because the past events were just magical and exciting. I mean, what more can a girl ask for than to be the president of yet another really dope Extra Cold Castle Lite event.”

Harry and Meghan to give up royal titles, pay back money spent on Frogmore Cottage

Take a cruise on the Ultimate Gin Charter

George Michael's late sister to be buried next to her brother

Travelling to Asia? Four things to know about the deadly new China virus

'Waste of time and money': SA Twitter weighs in on Mashaba and Maimane's new party

Woman dies after being shot and dumped on M7 highway

WATCH: Renminbi rises 0.5% against the US dollar, causing optimism amongst global investors