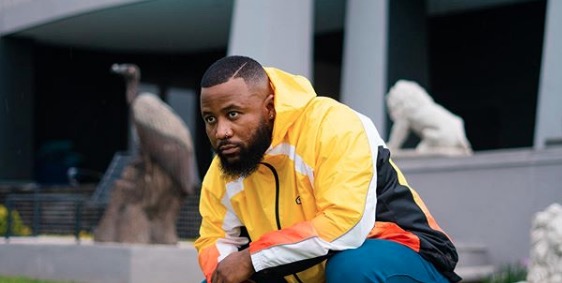 Cassper thought he could hide his bae from Mzansi, but little did he know the Twitter FBI was watching.

The star was in full flex mode this week when he pulled out the Bentley for a vacay with someone he described as “her”.

And while most of y'all were drowning in jealousy, others were scrounging for clues on who “her” might be.

The consensus was that it was Thobeka Majozi who was accompanying Cass on a road trip to celebrate her birthday.

The pair have been rumoured to be romantically linked for some time and soon the receipts were falling out of the file.

Users quickly zoomed in on an Instagram snap of her sitting on a Bentley that is the same colour as the one Cass pulled out for the trip.

So what about them both posting similar pictures from what looks like the same spot on a game drive at about the same time?

And the pics of the pool that Cass just happened to be swimming in soon thereafter?

A rare picture of Mufasa taking a bath in the jungle. PHOTOCRED : @StayInYourLaneBiiiiiiiish

And the snaps of the same dish at dinner?

Also said “we” in the Lion Suite” and you just know that is how Mufasa rolls.

These are SA's 'irrational' lockdown laws, according to high court

MLS Owners Are Threatening A Lockout For the 2020 Season