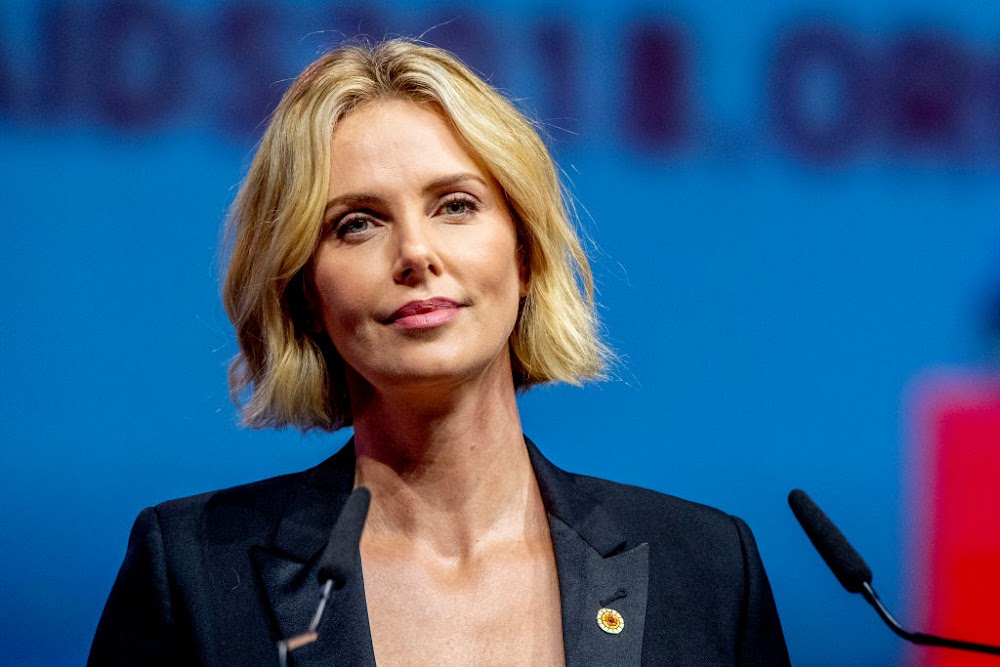 These are the words of Oscar-winning actress Charlize Theron, who reflected on growing up in SA during the apartheid and how as a white person she "benefited" from the system.

According to a Variety report, Charlize was speaking about "white privilege" during a conversation with David Oyelowo at an annual fundraiser to support educational and health initiatives for Nigerian children.

"I grew up during the apartheid era, I benefited from it. These children [today] were all born post-apartheid era. I feel like it's my duty to not let them forget and to also let them know that there is [unity], that I am with them, that we are all standing together," she said.

The philanthropist, who's known for supporting HIV/Aids charities in the country, said a lot of children don't know who she is but felt a connection to her regardless.

"A lot of those kids do not know who I am. Strangely, they always know that I am South African. And that's heaven. It's amazing to be around your sisters and to have that be the thing they know about you. It's always moved me so much when they run up to me and say, 'Hey, sissy!'"

Charlize has always been vocal about the issues SA faces, such as gender-based violence and how growing up with an abusive and alcoholic father was like for her.

In 2017, TshisaLIVE reported that she said living with her father was "far worse".

"I was floating through Europe, working as a model, and living a gypsy life. I pretended like it didn't happen. I didn't tell anybody. I used to say my dad died in a car accident. I didn't want to be a victim.

Recently, Charlize called on SA leaders to act against the spate of killing and raping of women, saying the system was failing.

"When I made this [anti-rape] ad in 1999 I hoped things would change," Sunday Times reported. "They have not. Rape and femicide are still a huge epidemic in SA and clearly the system has failed women."

"Our leaders can't continue to turn a blind eye, as they did with this ad."

SA on Ramaphosa's booze news: 'Haai, not even a warning to get stock'

Alcohol will be banned 'with immediate effect': Ramaphosa

SA will not go back to hard lockdown: Ramaphosa