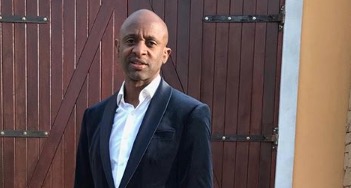 Arthur Mafokate has been acquitted of assault charges brought against him by his former girlfriend Busisiwe "Cici" Thwala in 2017.

The ruling was made in the Midrand magistrate's court on Tuesday.

"We can confirm that our client Arthur Mafokate was yesterday acquitted of the assault charges against him at the Midrand magistrate's court," Arthur's lawyer Daniel Nakeng told TshisaLIVE.

He added that Arthur had always maintained his innocence in the matter.

"Our client has maintained his innocence throughout the entire ordeal, including in the protracted court case."

It follows a lengthy legal battle between the two that has lasted for over a year with several delays.

Cici laid charges of assault with intent to do grievous bodily harm against Arthur in 2017 after an altercation between them allegedly turned violent.

The singer claimed she was admitted to hospital and had to undergo hip surgery following the alleged altercation.

Arthur has maintained his innocence and pleaded not guilty to the charge.

Cici was later found not guilty on counter assault charges laid against her by Arthur.

TshisaLIVE's attempts to contact Arthur and Cici for comment on the ruling was not successful at the time of publishing this article.

We are not anarchists, National Taxi Association tells parliament