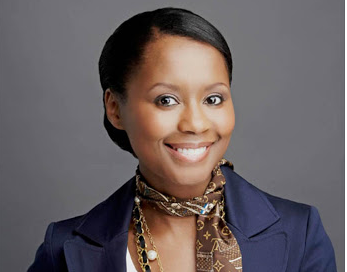 The Commission for Conciliation, Mediation and Arbitration (CCMA) matter between Ndalo Media and its former employees will be taken to arbitration after Ndalo owner Khanyi Dhlomo failed to show up for the second time.

Ndalo Media housed prominent magazines like Destiny, Destiny Man and Elle. Dhlomo confirmed in December 2018 that she would be shutting down the company due to financial difficulties. In her statement, Dhlomo said her focus would be on her employees and Ndalo Media stakeholders.

After the announcement, employees were told severance packages would be paid and that they would have access to their pensions and UIF, but this did not materialise. Dhlomo apparently decided against the retrenchment process and proceeded to liquidate the company, which means employees will receive whatever is left after investors are paid.

Dhlomo and her former staff are in dispute over unpaid severance packages, a decision to retrench staff and then later liquidate the company before negotiations were concluded.

According to a source, this decision meant employees could end up getting "10c to a rand". Several employees who had been with Dhlomo for years were told they could get as little as R12,000.

The matter was on April 8 postponed after Dhlomo failed to show up. The commissioner elevated the matter to arbitration after she did not pitch again yesterday. The staff told Sowetan outside the CCMA offices that they were frustrated by Dhlomo's no-show as they wanted their money.

"We are challenging the severance packages and we are also trying to stop the liquidation process. If we get liquidated, we're going to get less," said the source.

It is not clear why Dhlomo has been failing to show up at the hearings. The former employees have also accused her of not following proper processes in dealing with their pensions and UIF.

"I tried to go get my pension but I couldn't," said the source.

Policy Issues: What is the role of the Development Finance Institutions?

Here's what a business credit card application checklist looks like

Use of blockchain to track aircraft parts could save the industry $3.5bn

Top five risks SMEs should be insured for in 2020

The trends that will shape your retirement savings in 2020

Greg Robinson Gets Busted With 157 Pounds Of Marijuana

Australia knocks woeful South Africa out of the park, winning by a whopping 107 runs