Ayo tells the PIC to take responsibility for its own mess 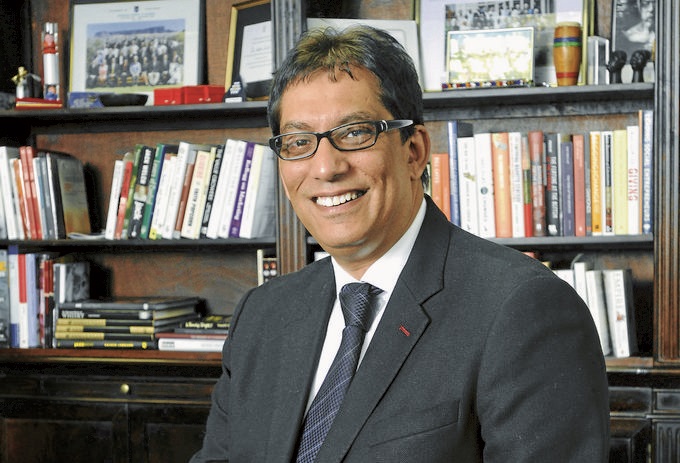 Iqbal Survé-linked Ayo Technology Solutions has hit back at the Public Investment Corporation (PIC), denying claims it misrepresented itself before the state-owned asset manager invested R4.3bn in the company.

The PIC bought a 29% stake in Ayo at R43 a share in December 2017, implying a valuation of R14.8bn, despite Ayo having a book value of R67m that year. The deal has been the subject of intense scrutiny at the Mpati commission of inquiry tasked with investigating allegations of impropriety at the PIC.

Ayo’s court papers, made public by the amaBhungane Centre for Investigative Journalism on Thursday and filed on August 5, come in response to the original claim filed in the Western Cape High Court in May by the PIC and the Government Employees Pension Fund (GEPF) seeking the return of the money.

Ayo denies that any of its executives, including Survé, its indirect controlling shareholder, made any misrepresentations to the PIC over the nature of future transactions and acquisition of customers, and says that its failure to complete the acquisition of British Telecoms SA (BTSA) was in part due to the PIC’s own conduct.

The PIC filed papers after the whole spectacle began playing out at the commission of inquiry. The extent to which the PIC’s internal processes were allegedly flouted were revealed in the testimony of Victor Seanie, the analyst assigned by the PIC to vet the company and derive an estimated value of the Ayo shares.

Seanie testified that former PIC CEO Dan Matjila had put pressure on him and his superiors both to drastically increase their valuation of the Ayo shares to meet the company’s asking price, and to rush the appraisal and approval of the investment. Later it was revealed that PIC approved payment for the subscription before it had authorised the investment.

The Companies and Intellectual Property Commission (CIPC) previously issued a compliance notice to the PIC to recoup its investment. Despite the notice being set aside by the high court in March, the PIC said at the time that it remained “committed to carry out ... the steps that it had already taken to recover the invested funds without any delay”.

The PIC argues the money should be returned on the basis that executives from Ayo’s controlling shareholder, African Equity Empowerment Investments (AEEI) led by Iqbal Survé, made material misrepresentations to the PIC.

This includes that the 30% of BTSA that AEEI owned and was planning on selling to Ayo was a “foregone conclusion” and that other “primary” customers were going to move across.

The PIC wants the money paid back with interest.

Ayo denies Survé entered into negotiations with the PIC, and points out that irrespective of any undertakings made by its executives regarding transactions like the acquisition of the stake in BTSA, the only official document that was circulated by the company and is relevant to any decision regarding investing in it, was Ayo’s prelisting statement, which is approved by the JSE.

Facts emanating from the commission seemed to indicate the subscription forms signed by the PIC to invest in Ayo were done before the final prelisting statement was received.

A draft copy of the prelisting statement had been sent to the PIC but this did not comply with JSE rules that require the exchange to review and authorise the distribution of the document.

Ayo further points out that its PLS makes a number of projections and forward-looking statements based on estimates and assumptions that are contingent on future events and are naturally speculative.

Ayo also notes that its acquisition of the stake in BTSA was never imposed (or even raised) as a condition precedent for the PIC’s investment. And in any event, write Ayo’s lawyers, the BTSA transaction “did not materialise on account of the conduct of the PIC”.

Similar sentiments were expressed in the response to BTSA’s primary customers moving to Ayo, in effect questioning how the PIC could regard such as a foregone conclusion when it was clearly not disclosed as such in the prelisting statement.

As to the allegations put to it by the PIC, regarding how the decision to invest in Ayo was contrary to regulations and common law, Ayo denied this, saying the investment was made lawfully.

Timelapse of a Cold Winter Day