ANC-linked group scores as their Capitec stake soars to R2.5bn 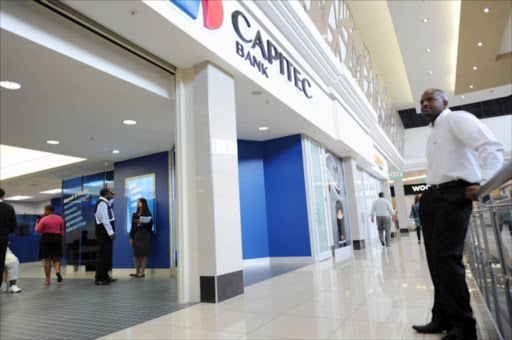 Coral Lagoon Investments, the company partly owned by a number of ANC heavyweights, is toasting its shares in high-flying banking group Capitec - now worth R2.5-billion.

The consortium includes Pilisiwe Twala-Tau, the wife of Johannesburg mayor Parks Tau; Gugu Mtshali, wife of former president Kgalema Motlanthe; and the Batho Batho Trust, which was founded in 1992 by former president Nelson Mandela and other ANC stalwarts.

However, the deal caused a storm at the time, partly because the Batho Batho Trust is a donor to the ruling party, and the Capitec transaction had originally been financed using state-owned companies.

In 2007, Coral Lagoon paid R300-million for 12.2% of the Stellenbosch banking group at R30 a share in a deal funded entirely by the state-owned Industrial Development Corporation (IDC).

Five years later, in 2012, the consortium sold part of its shareholding to another government-owned entity, the Public Investment Corporation (PIC), which left Coral Lagoon with shares worth R950-million, debt-free.

At the time, the Mail & Guardian said that politically connected individuals had effectively scored "free shares" in Capitec "in another instance of the ruling party acting as both player and referee".

This week, Litha Nyhonyha, chairman of Regiments Capital and the head of the consortium, confirmed that Coral Lagoon still owns 4.7million shares in the bank, and that "all debt, taxes and costs" were repaid in 2012 when it sold the other 5.3million shares.

A calculation by Business Times suggests that since the debt was paid off in 2012, Coral Lagoon has scored R111.5-million in dividends.

In all, Coral Lagoon has earned R204-million in dividends since buying into the bank in 2007, part of which was used to repay the IDC debt.

Capitec did not respond to requests for comment this week. But back in 2012 it seemed unimpressed about Coral Lagoon's links to the ruling party.

André du Plessis, Capitec's head of finance, said at the time the bank "believed it is wrong for the ANC, as a political party, to participate in a black economic empowerment deal and to benefit from funding intended for empowerment".

However, it remains unclear whether the ANC has actually benefited yet from this deal.

Reitumetse Huntley, a lawyer and member of the Coral Lagoon consortium, confirmed that Capitec is the consortium's only investment.

Nyhonyha told Business Times that "as a consortium, we are not looking for any other investments".

Last week, Capitec announced a separate BEE deal, whereby another consortium, PetraTouch, would buy 4.7% of Capitec from the PIC for R2.7-million. PetraTouch is led by Warren Wheatley, the chief investment officer at Tactical Software Systems.

Wheatley told Business Times that this was "not one of your old-style BEE transactions" because 90% of the consortium's members were "not big political names and are new entrants".

The oil price and the groaning inside the swamp

Motor industry to government: 'Please let us open for business under level 4'